On this, our 100th Swingin’ Report Show, we talk to SEGA-16.com founder Ken Horowitz to talk all things SEGA, as well as his current and future book projects. Support Ken’s amazing work by picking up some of his books on Amazon and leave a review!

On this episode of the Swingin’ Report Show, SEGA-16.com’s Ken Horowitz talks about his new book “The SEGA Arcade Revolution”. Ken walks through the history of SEGA arcade machines from the 1950s to today, highlighting key releases and discussing firsthand interviews he held with SEGA staff from the glory years.

Order “The SEGA Arcade Revolution”, and leave a review! 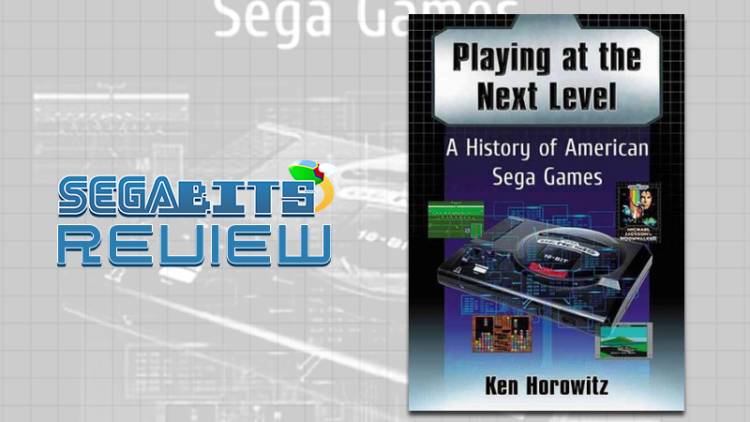 END_OF_DOCUMENT_TOKEN_TO_BE_REPLACED

On this episode of the SEGAbits podcast, Barry and George are joined by Ken Horowitz, founder of SEGA-16.com and writer of the upcoming book Playing at the Next Level: A History of American Sega Games. Even if you don’t know his name, any SEGA fan with internet access has stumbled upon SEGA-16 to find a helpful review, interview or retrospective. Now, Ken is using his knowledge of SEGA as well as close to one hundred newly conducted interviews to create a book which looks back on the games developed by SEGA of America during the 80s and 90s.

I have always been a huge fan of the SEGA fansite SEGA-16, the site really went beyond the call in their efforts to secure some of the best interviews I have ever read. Now website founder Ken Horowitz has announced via his SEGA-16 facebook page that he is working on a history book about SEGA of America:

“Last month, I submitted to my publisher the manuscript for a book chronicling the game development history of Sega of America. Tentatively titled: “Achieving the Next Level: The History of American Sega Games,” the book is an exhaustive retrospective of SOA as a game-maker, from its founding in 1986 and the first steps taken on the Master System to its final efforts on the Dreamcast. Nearly 100 former SOA alumni (including each of its presidents from 1986-2001) and independent game developers were interviewed, and the creation processes of almost 40 Sega-published titles are documented. Every one of SOA’s internal studios is included, many of which have never before been examined.”

The book will look at games created by SEGA of America’s development division and I hope gathers new information about games we loved as kids. He estimates that the book will be around 500 pages long and as of right now there isn’t a release date. Of course, we will keep you posted as more news hits.