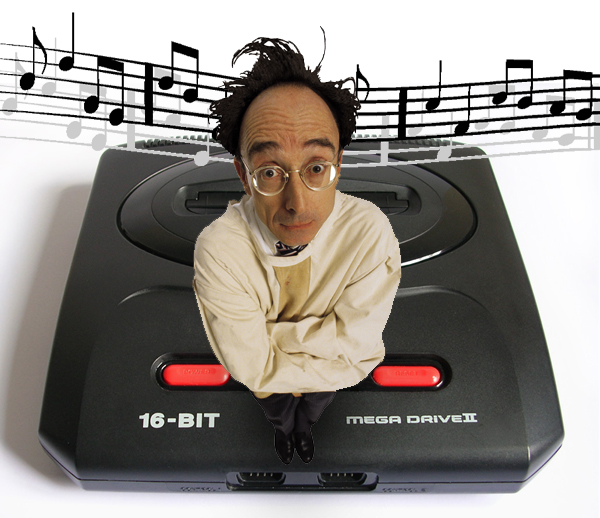 I absolutely love Ghostbusters for the Genesis. It was one of the first games I owned for the system, aside from Sonic, and one of my most played. The graphics are excellent, the music is great and the game is just all around solid. After booting up the game and being treated to a Genesis mix of the Ghostbuster theme, you’re shown the player select screen. Will it be Egon, Ray or Bill motherf***in’ Murray? As you contemplate this, the following tune plays on loop. As there is no timer, the music will loop forever until you select a character and trigger a little “doo-DOO!” jingle that acts as an ending to the tune. Of course, I usually would take a long time, just to hear this loop over and over because I was an odd child. I think I did this because not only did you control when the music ended, but in a way you also were playing along with the music, deciding when the final notes would play. Think of it as 16-bit PaRappa the Rapper.

Ugh! This damn song! I love it and hate it at the same time. It’s catchy, but so very repetitive. What more, while the song sounds decent in the video below, it doesn’t sound that way while playing. TaleSpin was prone to crazy amounts of slowdown, which in turn would cause the music to hang up on a note for a little too long. It was like somebody was playing the tune, and occasionally would forget the next note, so their finger would rest on the key until they remembered it. Of course, I’d take advantage of this fault and would intentionally fill the screen with enemy crabs which would bring the framerate and music to a momentary halt.

Board game video games! I mention no song title in the header, as this is basically THE song of Risk. After starting a game, you’re treated to this flute and drums theme that plays on and on until you and your opponent have claimed all your land. As this can be a lengthy process, you’ll hear the march for a good 5 minutes. Once it ends, you hear another less catchy but equally annoying solemn drumbeat.

This tune falls under the “good catchy” category. The happy, peppy Duckburg theme from the excellent game QuackShot, starring Donald Duck. I wish every major city played this tune as you walked around. Not much more to say about this one except listen, enjoy and I hope a month from now you catch yourself whistling it an elevator, after which you curse my name for introducing it to you.

Every SEGA fan should know this one. The tropical tune that accompanies Sonic 3’s player select screen. This one is so popular that it brought about a number of YouTube videos playing it on loop accompanied by a looped animation. Oh you Sonic fans, how clever. I’d say this tune is second only to “pingas”.

Those were my top 5 annoyingly catchy Genesis tunes, now it’s your turn! In the comments below, share the tunes that have stuck with you all these years. The more annoying, the better!