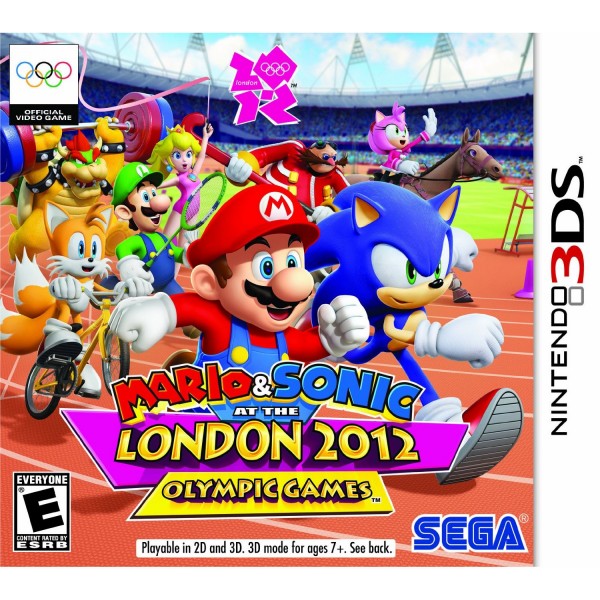 SEGA released the first Mario & Sonic Olympic crossover around Holiday 2007. It sold a ton, but reviews weren’t so positive. Now we are at the third title in the series, this one being called Mario & Sonic at the London 2012 Olympic Games. Has SEGA gotten the message and finally delivered a great game? You know what they say, 3rd time’s the charm.

Every time I see news posted or reviews on one of these games I see everyone whining that it isn’t a platformer or a fighting game. Just a general warning, this is not how we review games at SEGAbits. We will be comparing this game to other mini-game compilations we have played and see how it stacks up.

One of the exclusive modes for the 3DS version is story mode. Like you’d have guessed, the story is childish and not to be taken seriously. Mario & Sonic (plus friends) get an invite to the London Summer 2012 Olympics. Guess who didn’t get an invite? Browser and Eggman. Like most adorable villains they decide to team up and stop the Olympics from happening. How would two cartoon villains stop such an event? A fog machine that covers the whole city in thick, multi-colored smog.  As ridiculous as the story sounds it gets worse, including bits on clones and all that jazz. 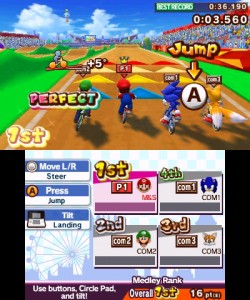 Mario & Sonic at the London 2012 Olympic Games on the 3DS uses a variety of control schemes throughout its many available mini games. Though it might sound confusing changing up the control schemes with every new game, it isn’t. SEGA does a pretty good job of giving you instructions on the new controls before the brand new mini game starts and if you didn’t pay attention they give you a small description on the bottom screen (see screen). Most of the mini-game controls are what you’d come to expect. Stuff like tapping the A button to jump ramps and getting bonuses if you hit them perfectly, though sometimes SEGA doesn’t know what control scheme they want. Like in solo archery,  you can use the touch screen to control it, but if you play team archery, all of a sudden you need to use the lame gyroscope. I just wish that when events that are similar had optional controls. Like if you want to play archery solo with the gyroscope, you could. But you can’t and I have no idea why.

It’s hard to talk about controls, mostly because most of the game is very automatic. It’s like trying to criticize the controls in a game like Angry Birds. At the end of the day the controls aren’t the problem, it’s the lack of quality mini-games that has me worried. The game offers up to 50 mini-games, which sounds great on paper, but when over half of them are uninspiring, its hard to give the game credit. Another disappointing thing about this version of the game is how they dumbed down some of the good games featured in the Wii version. Like Soccer has been dumbed down to be easier for players to play a quick game. I get the idea, but 3DS games auto-pause when you close the lid. No need to dumb them down.

I just feel like dumbing down games like Tennis and Soccer really hurt the title.  I think if SEGA made a simple (one area) fun arcade like game for these two, it would be really fun. But instead of actually playing the game, it tells us to swipe left and right to hit an incoming tennis ball. That’s no fun. It also doesn’t help that the game lacks “Dream Events” and “London Party Mode”, basically the best things about its Wii big brother. 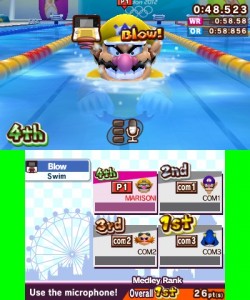 The graphics are one of the most positive things about the title. The game looks like a handheld Wii game with bright colors and excellent character models. Even though the title will never be known for having incredible graphics, the artstyle used here works wonders. It’s crazy, but it feels like Mario & Sonic were always meant to have a crossover since their artstyles blend quite well. Most likely due to them going for a more cartoon-ish approach.

The game also has three difficulty settings for each event. Easy, normal and hard. When they say hard, they mean it. Some of the minigames on hard almost made me pull my luxurious hair out of my head.  Who would have known swimming against a fat plumber would be so hard? Not only that, there are three levels of medals you can get in each mode. So most users will replay the games over and over to get those sexy gold medals. Sadly the game doesn’t have online multiplayer, but does offer download play mutiplayer (other 3DS users won’t need the game to play with you) and local play (everyone has the game). Obviously there is a lot less downloading in local play, but download play is great for people that don’t know Mario & Sonic fans and want to play a quick game against someone. I personally think its ridiculous that SEGA hasn’t added online play to these games. We are in the third title here.

While playing the game and achieving different feats, you will start earning tickets. You will probably be asking yourself what you can do with these tickets, maybe unlock some music or videos. Nope. You get to use your tickets on a toy capsule vending machine. So you put in a ticket and it will randomly give you badges with a total of 200 to collect. These badges have faces of different characters in the Sonic &  Mario universe. So, pretty lame unlockables if you ask me. You can use these badges as avatars in your online rankings. 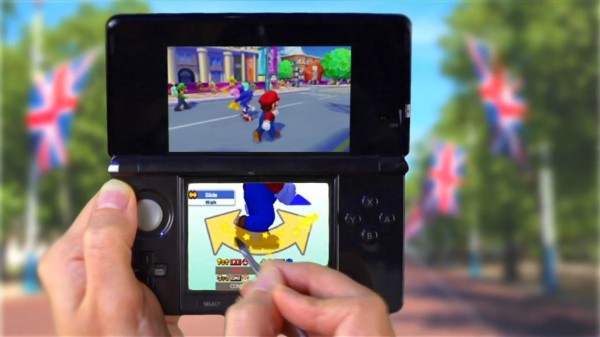 Mario & Sonic at the London 2012 Olympic Games on 3DS feels like a mobile version of its Wii big brother. That isn’t a good thing in my opinion. Also exclusives like 3D and Story Mode don’t save it from stuff cut from the Wii version, like Dream Events and London Party. The game evolves slowly. There shouldn’t be any excuse for the franchise not to have online mode in their third entry already. As much fun as some of the games were, there were plently of horrible inclusions like the weight lifting one that uses your voice to control it, since it mostly just frustrates the user. Really, who wants to be walking around screaming at cute video game characters to lift heavy objects in public?

The game will keep you and your family busy for awhile with its unlockable tickets and 200 badges to earn. Too bad the badges are just little photos of Mario & Sonic franchise characters to put as an avatar with your online ranking score. The game is simple to pick up and put down, the only bad part is that the mini-games don’t offer the same sort of depth that the Wii version did. Lastly, 3rd title and no online play? Really? Seems exactly what this franchise needs. 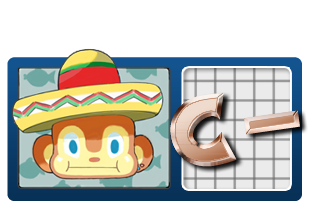