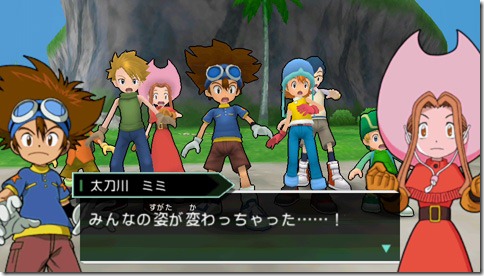 I know most of you will give me crap for posting this on the blog, since it doesn’t have anything to do with SEGA as a publisher. But let’s be honest, I think we are all interested in what big high profile ex-SEGA developers are up to in the world. This time we look at Yuji Naka’s Prope, who will be working on the upcoming Digimon Adventure.

The game promises to cover the story of the original Digimon anime series and will be a RPG game. Yep, this will be the first RPG from Prope and oddly enough is coming out on the original PSP. So that means no one will probably play it. Find it on shelves in 2013.

6 responses to “What is Yuji Naka’s studio working on? Digimon Adventures”