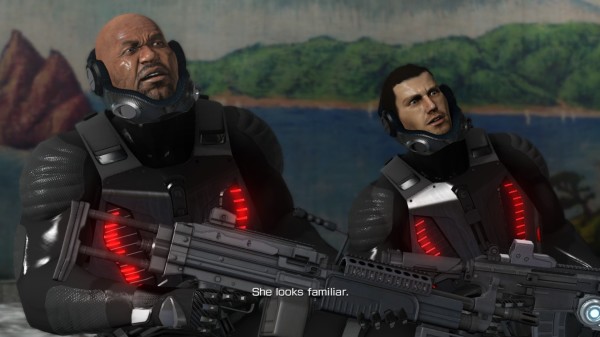 If you guys didn’t know, Toshihiro Nagoshi, a developer known for games like Yakuza and Binary Domain was promoted to chief creative officer over at SEGA last year. Now he speaks up on next generation systems, Relic purchase and the future of SEGA games. The Relic buyout was due to SEGA wanting to make games locally, I assume the drama with Gearbox Software has something to do with this decision?

“[The purchase] is based around our objective of getting products locally developed by local studios, but it’s also due to the heavy-hitting RTS titles Relic has. Sega already has The Creative Assembly, which is great at making RTS’, and so we’re becoming one of the best in the world at this genre now. So this purchase was part of our strategy for tackling this genre as well. It’s a well-established one, especially overseas, and having this wealth of experience under our belts makes me really look forward to seeing how the chemistry between the two studios works out. If we have the opportunity to make further purchases that emphasize high creativity, I think you’ll see us aiming for that.” – Toshihiro Nagoshi, Chief Creative Officer at SEGA Japan

He also talked about SEGA’s image, something many readers and even some writers accuse of SEGA of losing.

“I want to think about things from ground zero one more time. That’s tough for our younger staff, but it’s also fun and exciting. That’s what you want the Sega logo to represent: things that seem crazy at first, but really surprise you when they take form. Even if people say ‘Oh, now they’ve done it’ at us sometimes, I don’t want to do away with the expectations that people have had for us since way back. It wouldn’t seem right if Sega acted all firm and conservative, would it? I think I’d like to keep that.”

Read more about next generation and costs of making games over at Polygon.

Yakuza creator talks about the future of the Japanese games industry

7 responses to “Toshihiro Nagoshi talks Relic purchase, next generation and future of SEGA”