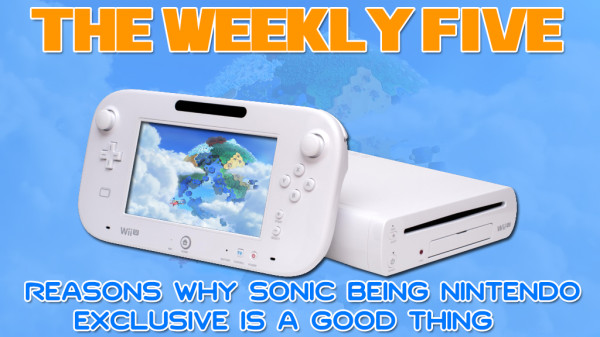 I think everyone on the internet could name a few reasons why they don’t want their beloved Sonic the Hedgehog franchise to be exclusive to Nintendo platforms. First of all, the Wii U isn’t a power house. It is stated that it has the same capabilities as the Xbox 360/Playstation 3. But it seems that SEGA has inked a deal to have the next three Sonic the Hedgehog games exclusive to Nintendo platforms. So why isn’t this a bad thing?

One of the issues with games like Sonic Generations or even Sonic Unleashed is that it’s spread through too many platforms. You buy a handheld version, you aren’t guaranteed to get a Sonic Team developed game, more of a Dimps version. Now Sonic Team only has two platforms to develop on, the 3DS and the Wii U. This would mean less headaches and more focus on making the game fun. They don’t have to sit around and wonder if this will work on another platform or not, they know what their limitations are from the get go. They know what they can or can’t do.

I think Sonic Team games always suffer from time issues. Sonic Generations was great, but the later parts of it (like the last boss) always have issues. It’s almost as if the studio is spread too thin and doesn’t have enough time to finish their games. This could change all that.

Most Sonic fans own Nintendo consoles

This isn’t something that is a secret, even since the release of the Gamecube, most Sonic games have done best on Nintendo platforms. Sonic Colors did outstanding, which was a Wii/DS exclusive. Of course, this game was released when the Wii was all the rage. Wii U isn’t having the same amount of success, but I doubt that the Sonic fanbase is the same type of people who go buy Wii Fit (super casual moms). Sonic the Hedgehog has a cult following and they will purchase this game. It will do good numbers.

Since most Sonic fans are younger, now they only need to purchase one console to get their blue blur fix.

More presence and hype from Nintendo 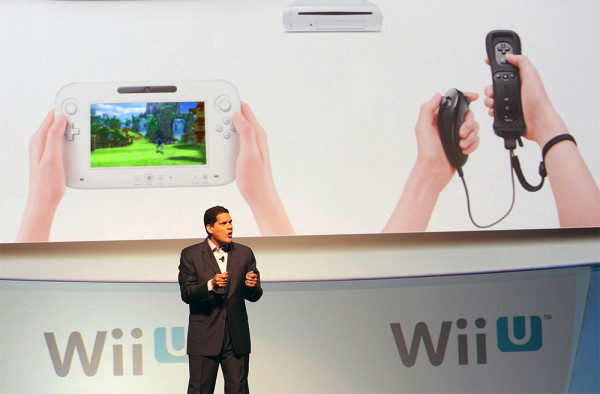 Have you guys ever seen press conferences from console manufactures? I have and let me tell you, it disappoints me that they don’t bring out SEGA on stage. I always thought that stuff like Vanquish and Binary Domain should have been showcased at a Sony or Microsoft conference. Instead all these people care about is showing off the same old games that sell 7 million + units that get shoved down our throats every year. Yes I’m talking about Assassins Creed and Call of Duty.

Its nice that Sonic Lost Worlds and the upcoming Sonic games will be featured in big press conferences next to other big Nintendo franchises. This is something I have been waiting to see. I can’t wait.

When Dreamcast first left the console race, many people were questioning where the Sonic franchise would go. Yuji Naka said in a few interviews that he wanted Nintendo to be the next home of the blue blur. This lead to Gamecube exclusive ports of Sonic Adventure DX, Sonic Adventure 2 Battle and other retro compilations  SEGA later decided that there was too much money releasing their biggest franchise on the worse selling console that generation. So SEGA went and released Sonic Heroes on all platforms.

Of course, Yuji Naka isn’t at SEGA anymore, but it’s good to see what he wanted come to pass. Who knows, maybe he was right all along, maybe Sonic’s home is Nintendo?

Wii U is a gamble, but so is Playstation 4 and ‘Xbox Infinity’

I think one of the few things people bring up when they talk about the Wii U its lack of sales. Sure, the console isn’t doing that hot, but it hasn’t even been out a year. I think we all know not to judge a console too early. Remember all the hate that the Playstation 3 got when it came out? All the doom and gloom people spread on message boards? The absolute hate that Sony fans got, being mocked on every big publication website? The memes? It was way more negative than the Wii U. Way more.

The way I see it, sales shouldn’t factor in right now since the Playstation 4 and the ‘Xbox Infinity’ (rumored title) aren’t even out yet. That means they have sold zero units so far, while the Wii U has 3.5 million units out in people’s homes. You guys are also forgetting that being Nintendo exclusive also means they can make games on the 3DS, which has sold over 30 million units world wide. There are gamers with the consoles and they are hungry for good games. SEGA could be the one to feed them.

20 responses to “The SEGA Five: Reasons Why Sonic Being Nintendo Exclusive is a Good Thing”