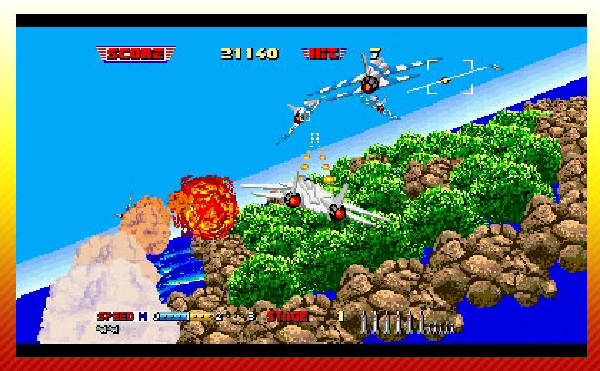 While the West is still enjoying SEGA’s weekly releases of 3D arcade and Genesis titles for Nintendo’s 3DS, with 3D Ecco the Dolphin and 3D Galaxy Force 2 releasing this week, Japanese gamers have the next wave of 3D classics to look forward to. Releasing December 18th to Japan is the arcade classic After Burner II, which features many of the same features that made 3D Space Harrier and 3D Hang-On so great. Players can expect 3D gameplay, reproduced arcade cabinet graphics and sound effects, stage select, the ability to save the game at any time, varying degrees of difficulty, a music test, and several control and screen settings. Check out the official 3D After Burner II site for more images and details, no announcement has been made for a Western release but once we hear something we’ll be sure to share it.

Thanks to forum member NiGHTS for the tip!