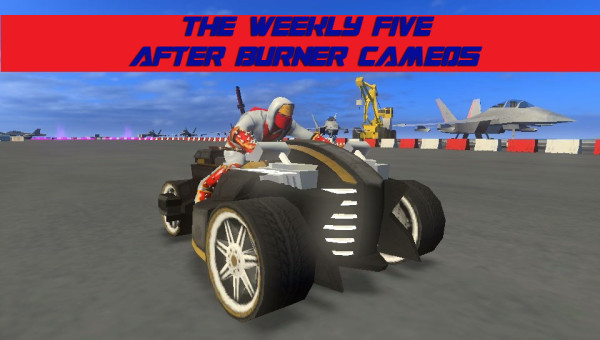 Bayonetta referenced several AM2 arcade classics, including Hang-On and Space Harrier. Though After Burner doesn’t receive any sort of visual representation, the game is referenced as both a move in Bayonetta’s extensive repertoire of attacks (the After Burner kick) and in Bayonetta’s soundtrack. During the game’s homage to Hang-On in chapter eight, an awesome cover of the After Burner theme plays. Though it is somewhat strange to reference After Burner and Hang-On in the same sequence, it did help create one of the coolest moments in the original Bayonetta game, one that any SEGA fan could appreciate. 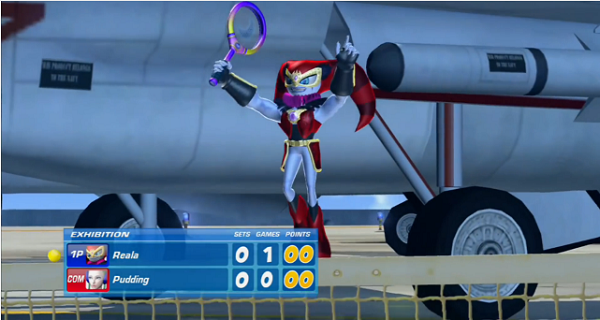 In Sumo Digital’s first SEGA mascot mash-up, SEGA characters play tennis on After Burner’s aircraft carrier. If there’s one thing I’ve always loved about Sumo, it’s that they’ve often found ways to represent franchises in games where they might not necessarily fit. A tennis court is the last place I would expect to find anything to do with After Burner. 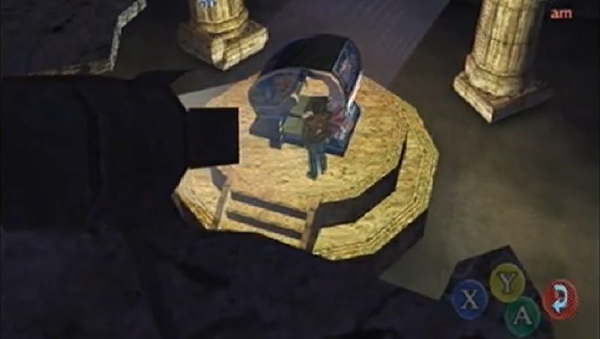 It should come as a surprise to no one that AM2’s magnum opus referenced some of their most popular games. Shenmue 2 not only includes several (very difficult to obtain) After Burner capsule toys, but the game itself. A faithful 3D recreation of an After Burner machine can be found in Kowloon’s Pheonix building, where it’s possible to play an arcade perfect port of the game. Earn a score of ten million points in the game and you’ll even get a capsule toy of the After Burner machine itself! Finally, tracks from After Burner can be found in two different jukeboxes in the game. 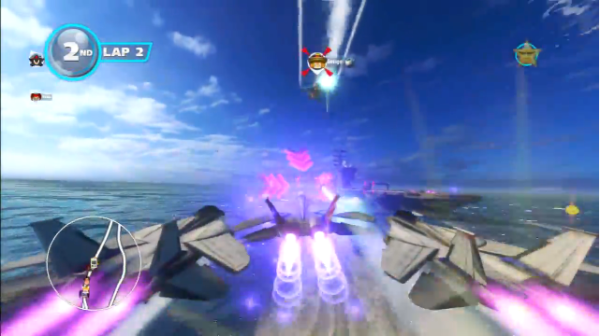 Though Sumo Digital may have neglected After Burner in Sonic & SEGA All-Stars Racing, they more than made up for that transgression in its sequel. After Burner served as the basis for one of my favorites tracks in the game, Carrier Zone, which completely blew away the After Burner themed tennis court from Superstars Tennis. If a great track wasn’t enough, After Burner even got managed to make it into the racer roster, with After Burner’s F-14 joining the Hornet and a Dreamcast motorboat controller to create the ultimate SEGA racer. 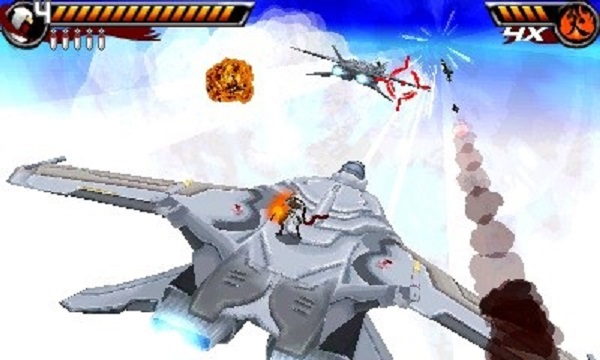 3DS’s Shinobi was a really fun action game that included its fair share of SEGA references. Of them, none were more substantial than Shinobi’s tribute to After Burner. An entire stage of the game takes place within the bowels of After Burner’s aircraft carrier, as Jiro Musashi fights off the invading forces of Zeed. As the level reaches its end things reach their climax, as Jiro hops aboard an F-14 and…the After Burner theme begins to play. What follows is probably one of the coolest and most unexpected team ups in gaming history as Jiro Musashi and the After Burner jet work together to fight off the forces of Zeed in a crazy ninja battle slash aerial dogfight.

After Burner has been treated well by SEGA its partners over the years. What could have become a relic of the eighties has instead been given new life again and again both within and without the franchise. Here’s hoping After Burner continues to be remembered and recognized by SEGA for years to come!