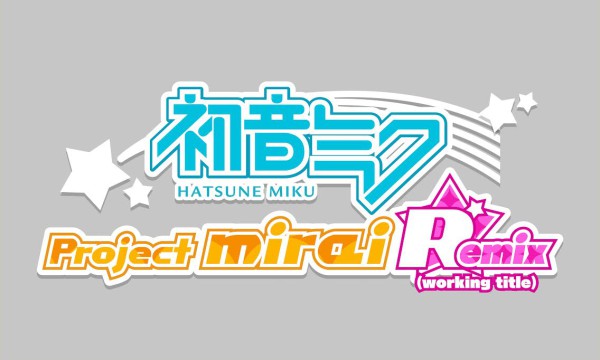 SEGA today has announced that another entry in its successful Hatsune Miku series will be brought over, Project Mirai 2 for the Nintendo 3DS. The announcement came during a chat show based on Japanese streaming service Niconico and SEGA also revealed that to date the series has managed sales of over 2.5 million in Japan alone. Interestingly enough, this news of localization comes from a Japanese talk show and not an announcement from SEGA Western based subsidiaries of SEGA America or SEGA Europe.

The title is going to be brought over to North America and Europe as Hatsune Miku: Project Mirai Mix in 2015, however this does still leave question marks on wither we will see the original Project Mirai, released in March 2012 for Japan, or SEGA will skip the title and focus forward from Project Mirai 2.

Update: We’re hearing conflicting reports that this could be the original game, an extended version of the sequel, or even a mix of the two creating an all-in-one game. Once we have a firm answer, we’ll update the story.

Update 2: SEGA has sent us an official press release! The game is confirmed to be an enhanced version of Hatsune Miku: Project MIRAI 2. Check it out after the break.

Hatsune Miku: Project MIRAI Remix features characters rendered in beautiful stereoscopic 3D, with two different rhythm game modes (button and touch) and three difficulties per song. Players will enjoy a highly customizable experience with user customization options for button icons and sounds, character costumes and gear for the character rooms. Players can create and share personalized player cards that show off who you are as well as create customized dance routines to the songs, your own musical phrase and personalized comments about their favorite in-game videos, all via StreetPass™. The game also utilizes the AR card and photo capabilities of the Nintendo 3DS to bring characters to life in 3D.

“Hatsune Miku’s popularity in the West keeps growing, and we are proud to support such an amazing franchise with our games,” said John Cheng, President and COO, SEGA of America.

One response to “Update: SEGA bringing Hatsune Miku: Project MIRAI Remix to the West in 2015”