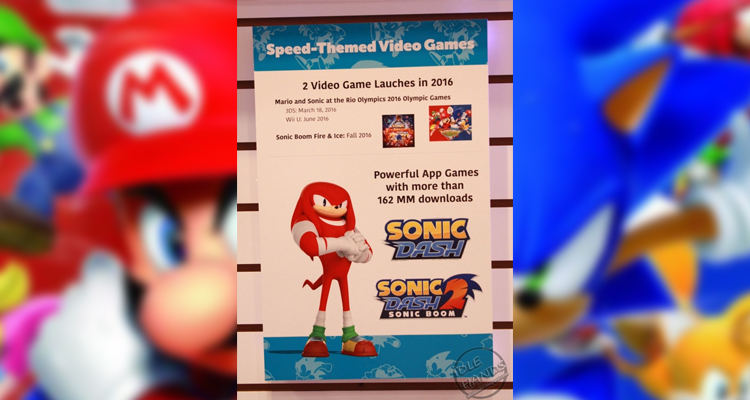 The other bit of release news is that the Wii U version of Mario & Sonic at the Rio 2016 Olympic Games will be releasing to the US in June of 2016. The 3DS version, meanwhile, is still set for a March 18th release date and can currently be pre-ordered. Seeing as the games (the real world Rio 2016 Olympics) start in August, both games have more than enough time to sell leading up to the events.

Some have pointed out that the above sign only mentions two video game launches in 2016, seemingly missing the presumed main series multi-platform 25th anniversary game. This likely does not mean that the game does not exist, rather Tomy is simply smart enough to not inadvertently reveal the mystery game.