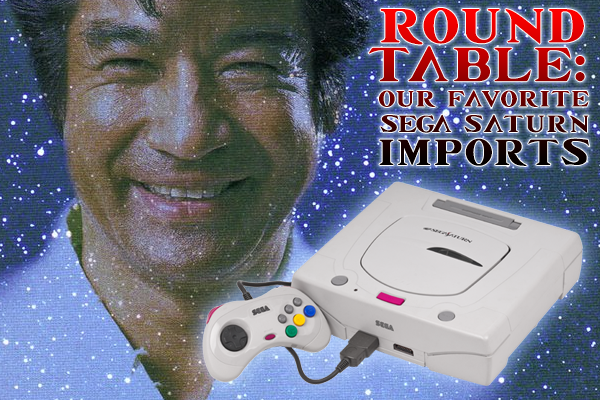 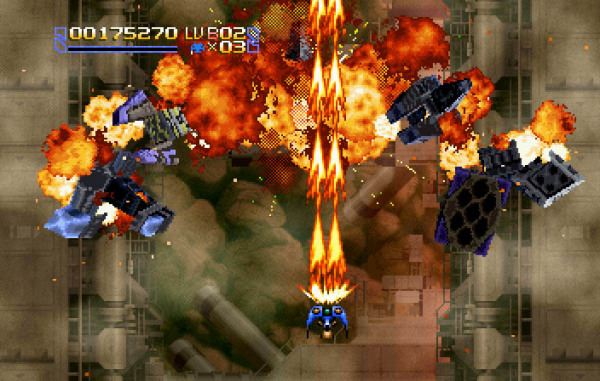 There are dozens upon dozens of SEGA Saturn imports that I truly enjoyed and then there are those pile of games that I wish I could enjoy but aren’t able to due to a language barrier. It sucks and so I will only be listing ‘import friendly’ choices. Let’s dive in!

I want to start off the list with one of my all time favorite vertical scrolling shooters, Radiant Silvergun. I know many of you guys will be thinking that this is a pretty popular choice, and its hard to argue with it. Developed by the ultra amazing Treasure, the game takes the manic shooter genre to another level by giving the users an innovative way of using weapons. The game allows the player to control a total of seven weapons by pressing a combination of buttons. Instead of power-ups, you level up your weapons throughout the game depending on how you use them to rank up points. The game is simple, ingenious and addictive. The game even takes a Puyo Puyo approach when it comes to chaining enemies in combos, destroy three of the same color in the row and you will earn extra points. The game finally got a international release on XBLA in 2011, maybe that will save you from ponying up those high ebay prices. 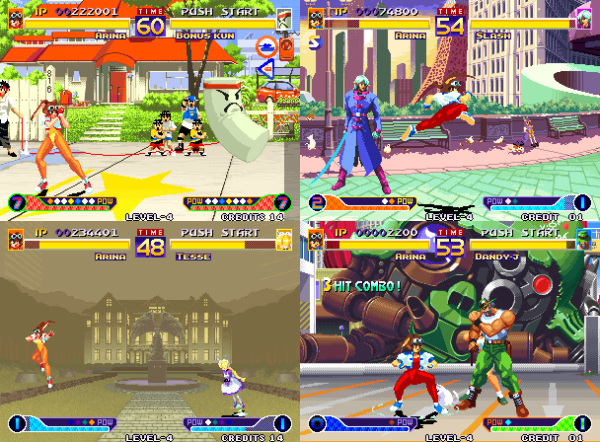 If you had a SEGA Saturn and weren’t into 2D fighting games, you really got yourself the wrong console. When I was a kid, all I wanted to play was 2D fighters and in that generation no one did it better than SEGA’s planetary Saturn box. I can list a slew of import 2D fighting games that I wasted many hours on, but one game that always kept me coming back was Waku Waku 7. This bright colored 2D fighter by the folks over at Sunsoft just hit me in all the right places. Taking tropes from 90s anime and blending it together in an over the top 2D fighting game just seems like the perfect fit. Not to mention the game’s main plot was taken right off of Dragon Ball Z (fighters come together to fight over the Waku Waku balls, which if collected would grant them a wish). I later found out that the game had a better port on the Neo Geo, but the Saturn version will always be close to my heart. 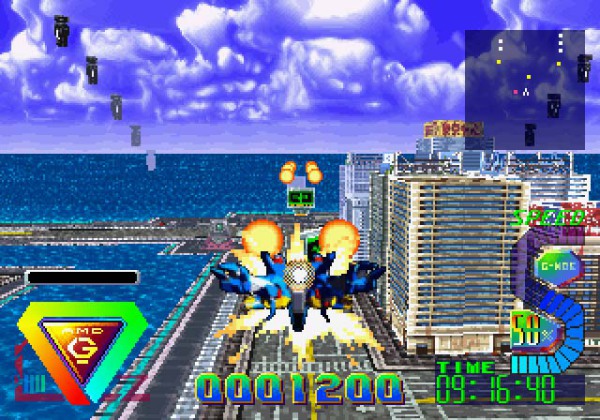 Lets move on to a 3D title. Do you like Virtual-On and Burning Rangers? I mean, what isn’t there to like about being a giant anime robot, right? If you are intrigued then you should check out Bulk Slash. The game wasn’t only fun but showed that the SEGA Saturn was a real 3D competitor. Was it as good as the Playstation? Maybe not, but this game showed it could get damn close. Publisher Hudson Soft has a special place in my heart and are terribly unappreciated by today’s gamers. If you love bright and beautiful games, add this baby to your library.

I could go on and list a bunch of other titles, but I keep it at my top 3. The SEGA Saturn is the import machine and mostly due to the bad mismanagement of SEGA of America. This is obviously a negative but I have fond memories of importing due to their mistakes. So I guess its not a whole loss either. 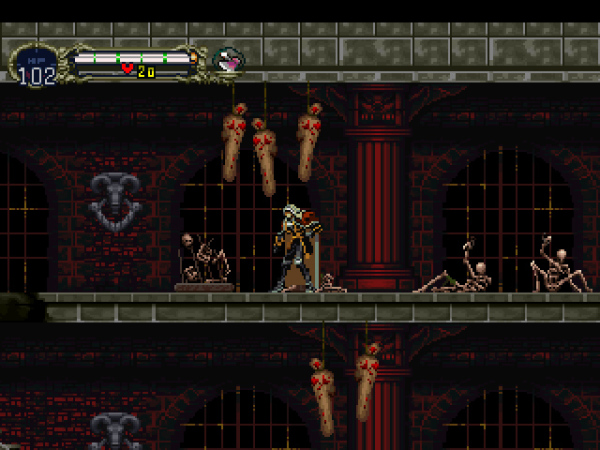 This is far too difficult. The most I can hope to accomplish is a Top 3 Favorite Saturn Imports!

Dracula X: Nocturne in the Moonlight (a.k.a. Castlevania: Symphony of the Night) – This port may be riddled with imperfections, though there are more than enough Saturn exclusive additions that easily outshine its PlayStation brethren. Two more areas to explore with their own enemies and bosses, the option to play as Belmont and Maria from the very start, and being able to run once you acquire them. Besides, it’s FUCKIN’ CASTLEVANIA! Gothic environments to explore, teeming with villains to slay and puzzles to solve. I feel Nocturne in the Moonlight is a must-own. 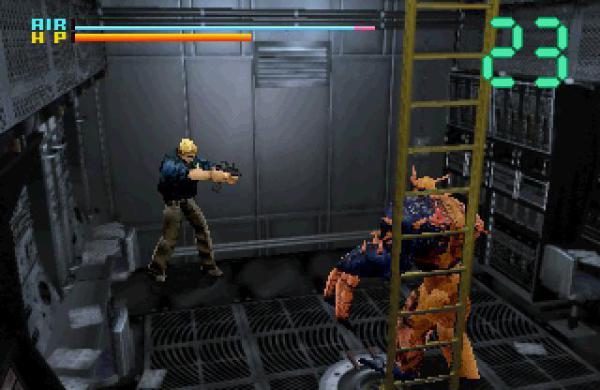 Deep Fear – SEGA’s answer to Capcom’s ridiculously popular Resident Evil franchise. Despite some horrible dialogue with equally atrocious voice acting, the story itself is actually quite captivating and aims a bit higher than the much-loved zombie series. Puzzles are more challenging and the mutations you’ll encounter are pretty wicked. On top of that, SEGA improves the classic “tank-control” formula, giving players the ability to shoot WHILE RUNNING! AHHH! Capcom had to enter the 21st to….

Wait, did they ever correct that?! Hmmm. 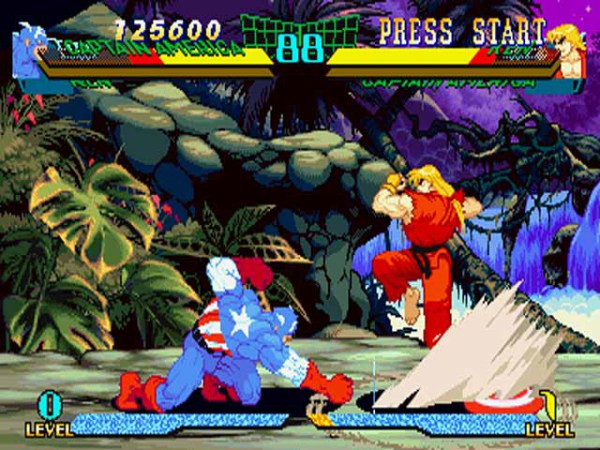 Marvel Super Heroes vs. Street Fighter – Yes, the second entry in Capcom’s tag-team “versus” series. Thanks to the 4MB RAM expansion cart, this is an arcade perfect port of the original. Fluid hyper fighting between two players with two distinct characters, preceded by non-existent load times. PlayStation owners wept when they saw their version. The little grey box couldn’t channel this kind of power. With a full roster of Marvel and Capcom favorites, she is even better than X-Men vs. Street Fighter (also available on SEGA Saturn) though just as frenetic and wildly addicting.

Those are my Top 3 based on overall visual and sound quality, the amount of game time I invest, and availability. 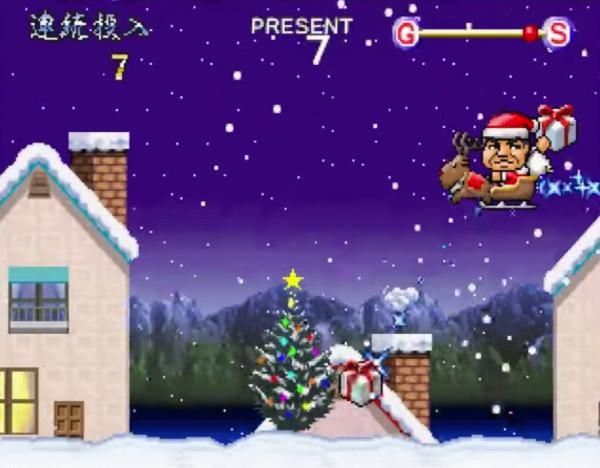 When it comes to imports, I love the bizarre stuff that had no chance in hell releasing to the West. Both the Saturn and the Dreamcast have a slew of titles, but the game that beats them all is Segata Sanshiro Shinken Yugi. Released late in the Saturn’s lifespan, the game is a tribute to SEGA of Japan’s aggressive Saturn loving mascot featuring a number of mini-games based on the various ads for Saturn titles. Completing a mini-game results in unlocking the commercial for your viewing pleasure, and the title also features radio adverts and other easter eggs as well. While menus are in Japanese, it’s easy to make your way through the list of games and each mini-game is easy enough to figure out after a bit of trial and error. 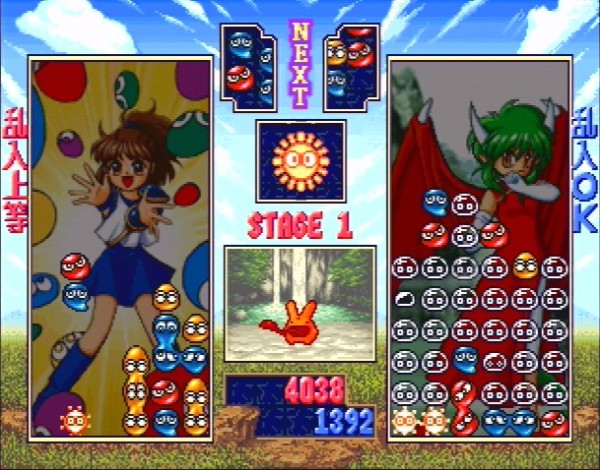 Putting oddities aside, Puyo Puyo Sun is simply an awesome must own puzzle game. The third in the series (the “Sun” part of the name is a pun on the number “San (三)”, which is Japanese for “three”), with the second title being available on the Saturn and the fourth and fifth on the Dreamcast. Westerners will likely remember this series better as Dr. Robotnik’s Mean Bean Machine. As somebody who grew up on Mean Bean, Puyo Puyo Sun feels like the sequel Mean Bean never had – and in many ways it sort of is a sequel. Graphics are refined and new gameplay elements are introduced by way of “Sun puyos” which act similarly to garbage puyos (the clear/gray puyos), however clearing sun puyos increases damage to your opponent. Puyo Puyo Sun isn’t a game changer, but it is a great addition to the series and my preferred Puyo Puyo title next to Puyo Puyo Fever. Oh! And as a bonus, the game comes with glow in the dark stickers. 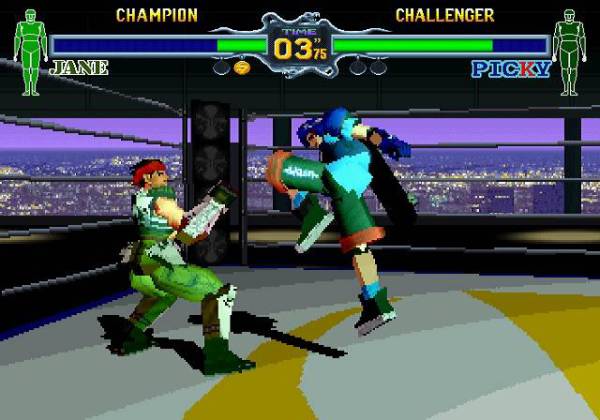 I honestly don’t have many import exclusive titles, but most of my Saturn collection is made up of NTSC-J versions.

Fighting Vipers definitely gets a special mention, as the game was already my favorite fighting game of all time: then, they added Pepsiman, and it got better! For me, Fighting Vipers‘ JP release presents the game in it’s original form, as intended by the developers; Honey’s name being, well, Honey, Pespiman included, a portrait gallery included, extra secrets and such, the works. It’s definitely the version of the game to get.

I do give a mention to Gale Racer, but I won’t say much on it since that’s this month’s other episode of This is Saturn.

I also imported Burning Rangers, which I reviewed for This is Saturn; as I said there, I love the game, and I definitely think it was worth the money I paid for it. At least it was cheaper than the much rarer UK version!
I would like to get more titles in the future, Castlevania Nocturne in the Moonlight is particularly high on that list. Overall though, I think without imports, you’re severely limiting the fun you can have on Saturn. It was the first machine I ever imported for, and I’m very glad that I did! 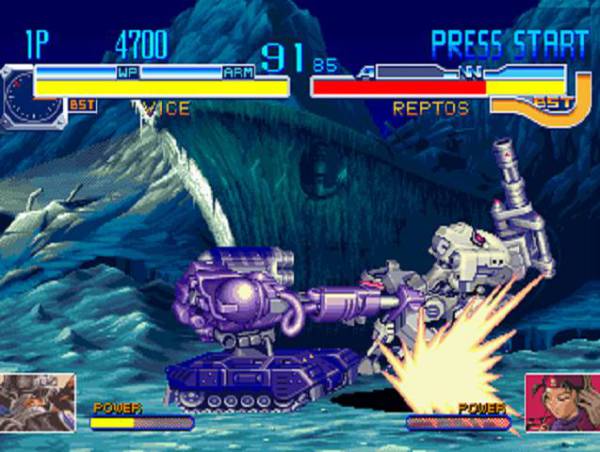 My favorite Saturn import is also one of my favorite fighting games of all time, Cyberbots. If you’ve never had the luck to play it, Cyberbots is a Capcom fighting game, based around mech combat. It still plays like your traditional fighter to a degree.

Specials are generally the same SRK and Quarter-Circle motions, 1-on-1 fights, the fundamental core is the same. It has lots of neat little quirks though, like being able to customize the mech your pilot controls, and a boost meter that controls your ability to hover and dash.

You may know the characters Jin and Devilot from the Marvel vs Capcom crossover series, or Puzzle Fighter, which have both appeared on SEGA consoles as well! All and all, its a great, overlooked Capcom fighting classic, that found its home on the Saturn, and plays great on it (Even better if you have a 1MB Ram Cart!)

In the comments below, share YOUR favorite SEGA Saturn imports!

4 responses to “Round Table: Our favorite SEGA Saturn imports”