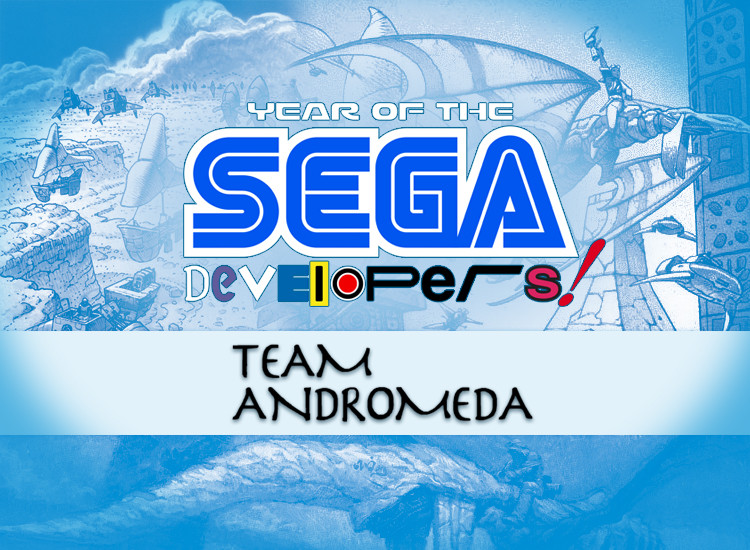 Team Andromeda’s name was derived from the constellation, as was AM6’s Team Aquila. This was to keep in line with SEGA’s naming conventions of the time, in which they adopted planetary codenames for their hardware with the Saturn being the only console to retain the name through to launch. While much of AM6 was devoted to sports titles, Team Andromeda stood out with their incredibly imaginative and unique Panzer Dragoon series. 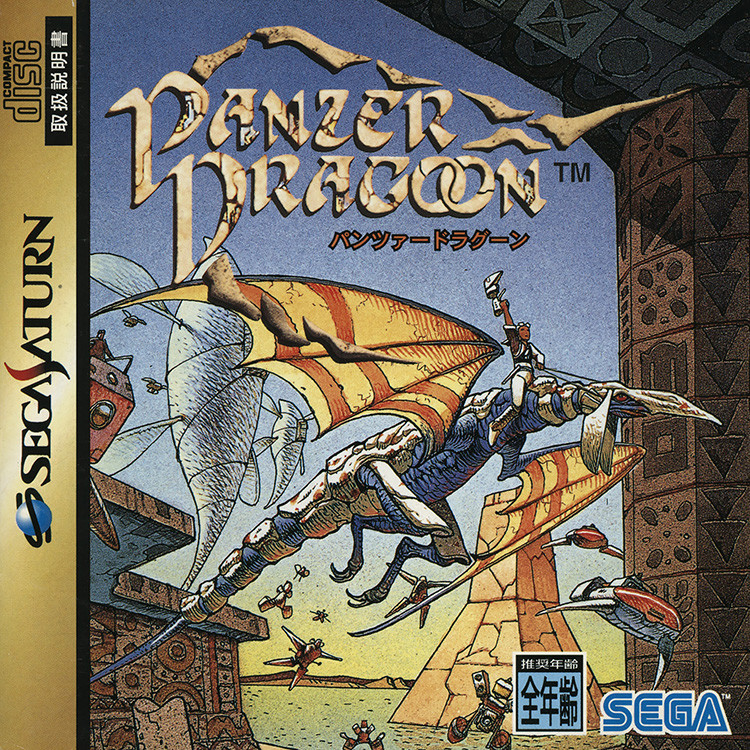 The original Panzer Dragoon was made in a little over a year, starting development on incomplete Saturn hardware. Originally slated for the Saturn’s Japanese launch in November of 1994, the game ended up missing the deadline by several months, eventually launching in March of the following year. The game featured simplistic game play and minimalistic storytelling even by the standards of later Panzer Dragoon titles. 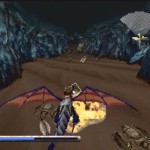 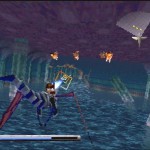 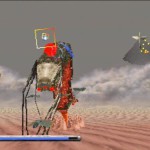 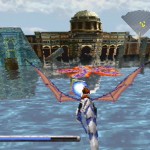 Still, Panzer Dragoon features every trademark that the Panzer Dragoon franchise would become known for: unique Ottoman inspired artwork (with original concept work done by renowned French comic book artist Mœbius), creative creature and vessel designs, a beautifully orchestrated soundtrack, a language based on various romantic languages colloquially referred to as “Panzerese”, and an innovative 360 degree rotating camera. The latter set Panzer Dragoon apart from virtually every other game in the rail-shooter genre at the time, since until the advent of more advanced 3D technology in the mid-90s gaming hardware was mostly only capable of a behind-back third person view. Panzer Dragoon would go on to redefine what its genre was capable of. It would also only be the tip of the iceberg. 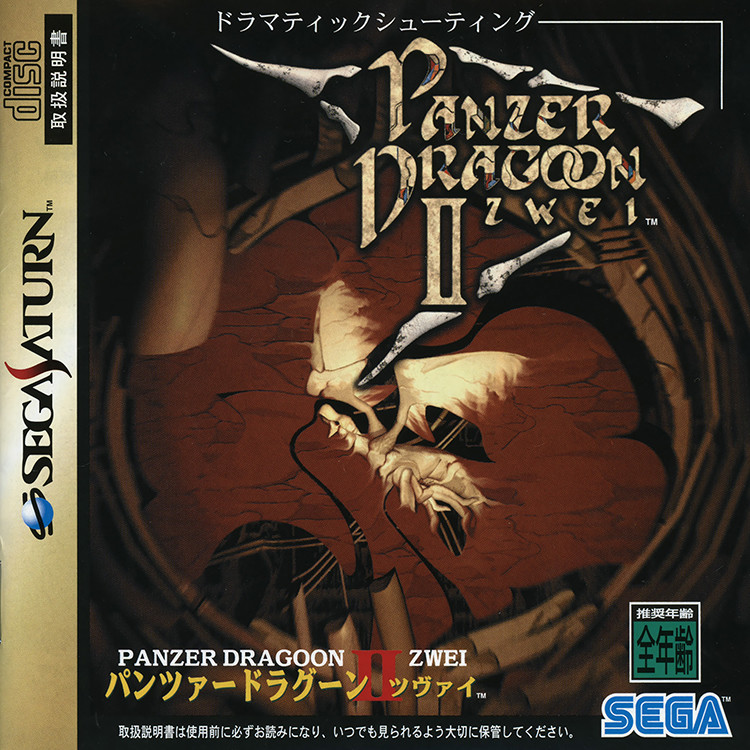 The success of the original Panzer Dragoon led to SEGA developing the next two at the same time. These games would feature significant upgrades over the original game and be much more ambitious in scope. The first of these games, Panzer Dragoon Zwei, was released a year later in March of 1996. It expanded significantly on the ideas of the original by introducing alternative paths, a dragon leveling system, land battles, and Pandora’s Box. All of these new elements made Zwei a much meatier game than its predecessor, adding a significant amount of replay value. Pandora’s Box alone added hours to the game by effectively allowing players to hack the game after they’ve beaten it, allowing them to tweak the power, health and form of their dragon, choose which level you want to start from and even how many aiming reticules they have at a time. Zwei easily bested its predecessor in every way imaginable. 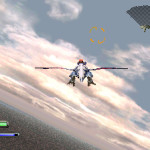 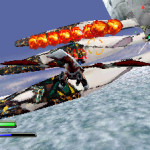 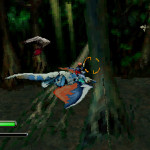 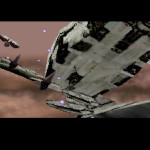 Released later that year was the oddball in the Panzer franchise, the Japanese-exclusive Panzer Dragoon Mini for the Game Gear. Mini certainly lives up to its name, as it was not only beatable in a half-hour, but the game also does nothing interesting with the franchise and doesn’t really have any kind of identity to speak of. Its enemies and bosses were based on the original game. It featured three different colored dragons that don’t really seem to have any discernible differences and has no storyline to speak of. Without the Saturn’s processing power to play with, Mini wasn’t able to incorporate any of the innovations its predecessors brought to the genre: the camera couldn’t be rotated and environments were nothing more than featureless 2D planes in the vein of 8-bit Space Harrier and After Burner. Mini probably stands as the closest thing to a “bad” game that the Panzer Dragoon franchise has. 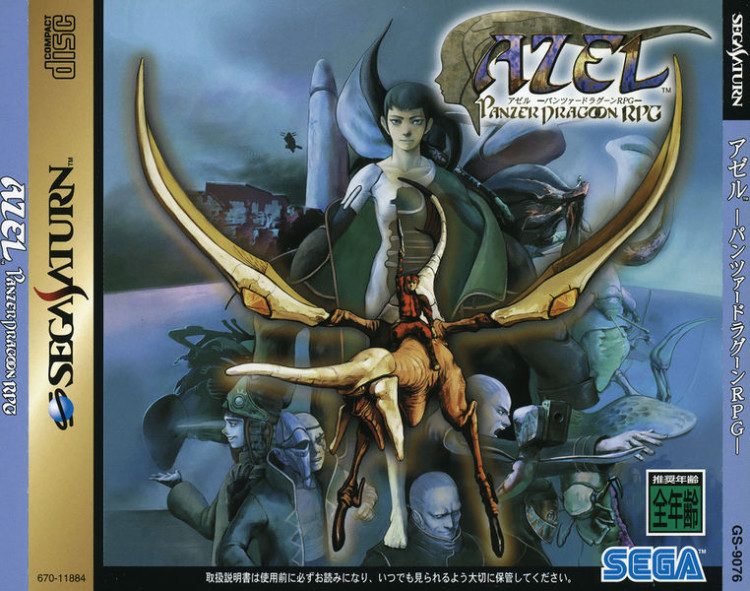 Panzer Dragoon Saga was released in 1998 as not only the last of Panzer’s Saturn trilogy, but one of the final Saturn games to be released in the America. Where Zwei merely built on the foundation laid by its predecessor, Saga created something all-together new, and in many ways still unprecedented. Saga took the unique world its predecessors created and expanded upon it significantly, adding pages upon pages of backstory, a variety of new locations, creatures, vessels and people as well as a song written completely in Panzerese. Saga acted as a great bookend to the series by not only resolving plotlines from previous Panzer games, but by giving them context so that the plots in these games could be more easily understood and appreciated. Saga defined the world of Panzer Dragoon and finally allowed it to truly come to life.

Saga introduced a unique battle system unlike anything found in other RPGs by incorporating Panzer’s shooting mechanics into a turn-based battle system. Lock on attacks targeted multiple enemies but the individual shots were weak, while single shots only target one enemy but do a lot more damage. It’s even possible to maneuver around enemies to get out of their line of fire and target their weak points. The dragon’s attributes could also be changed, which morphed its appearance significantly depending on which attributes the player decided to emphasize. Despite being fairly short for an RPG, Saga still stands as a bonafide, one-of-a-kind classic RPG. 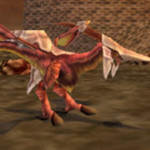 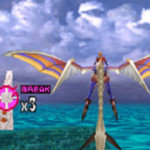 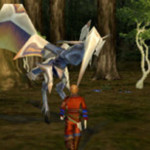 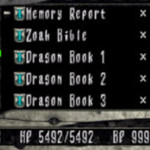 Screenshots credit: Will of the Ancients 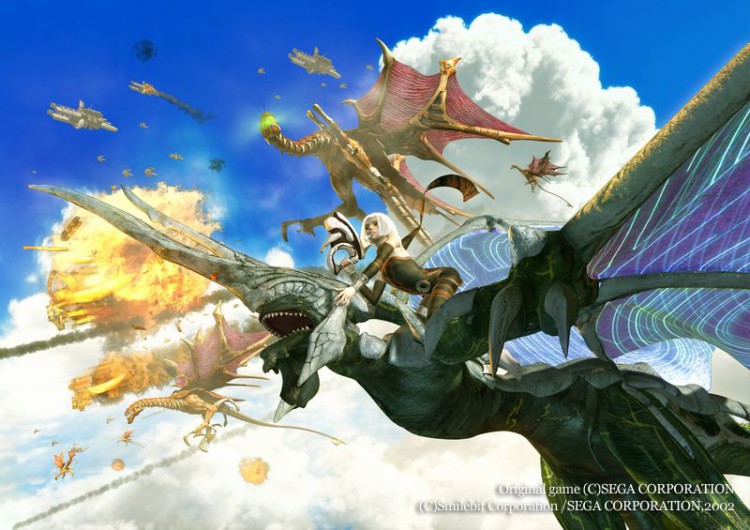 Not counting Mini, Orta was the first Panzer game not developed by Team Andromeda, which had been dissolved after the release of Saga along with the other two AM6 teams. Orta was instead developed by Smilebit, a new team made up of former AM6 members. Orta didn’t introduce new ideas so much as it retooled and reincorporated ideas from the Saturn trilogy, creating a new kind of rail shooter that is practically a breed of its own. The dragon morphing from Saga became three different dragon forms, each with their own attributes: the Heavy Wing unleashes a barrage of heavy attacks, the glide wing was nimble and fast and the base wing was balanced in speed and power. 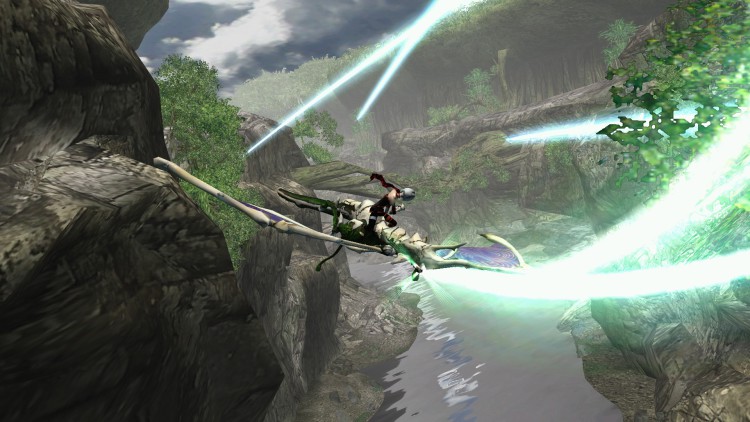 Each dragon form could evolve individually, allowing players to choose how they wanted to play. Orta also came packed with a significantly expanded Pandora’s Box, which now had a comprehensive encyclopedia of Panzer’s world, a variety of side missions, a side story centering on a boy named Iva, and even a complete and flawless port of the original Panzer Dragoon game. Orta was arguably the zenith of the Panzer Dragoon franchise’s rail shooter entries. At the very least, it acted as a great send off to a legendary SEGA franchise, since Orta unfortunately did not sell well enough to warrant further sequels. The game did, however, see the release of a special edition Xbox console in Japan with a white color scheme and Orta branding. 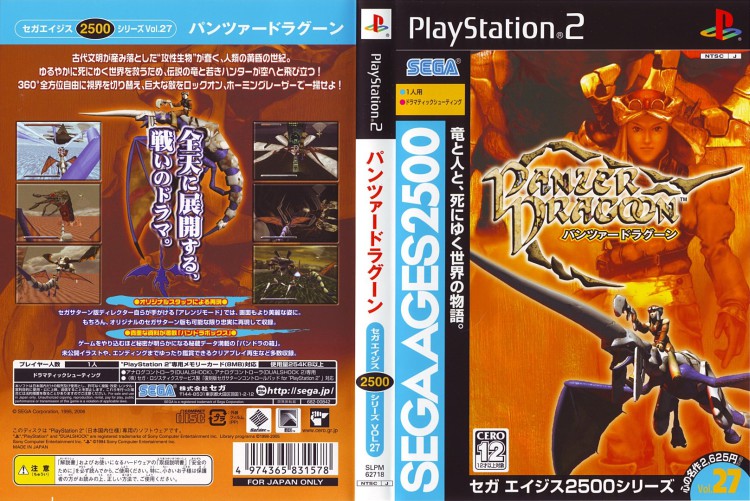 Panzer Dragoon’s final release came in the form of a SEGA AGES 2500 series re-release. Released in 2006, SEGA AGES 2500 Volume 27: Panzer Dragoon features both a straight port of the original SEGA Saturn game, as well as an “arranged” mode, which features enhanced 3D graphics and a Pandora’s Box style unlockable menu.

The Panzer Dragoon franchise has unfortunately been absent from the games industry since then. Even so, Panzer Dragoon holds a special place in the hearts of many SEGA gamers as one of SEGA’s best franchises. We hope you’ll enjoy this month long celebration of this awesome game series (specifically those on the Saturn) and the developer who made these great games possible!