SEGA has recently released a brand new trailer for Sonic Mania for pre-order as the footage showcasing unique sketch animation by Tyson Hesse, who has worked on Sonic Mega Drive comic, which strikingly resembles Sonic CD‘s opening and the leak that was revealed a few months ago. The video also revealed a new level and boss fights.

Stardust Speedway Past from Sonic CD is making a comeback with new level features with plant like robots and vines, a miniboss in Flying Battery Zone, and a boss fight with Heavy Gunner in action.

Sonic Mania is now available for digital preorder and is set to release on August 15th for Nintendo Switch, PS4, Xbox One, and PC. Hit the jump for screenshots of the new levels from the trailer. 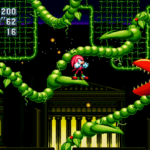 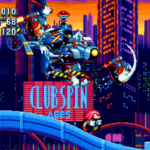 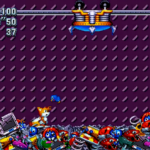