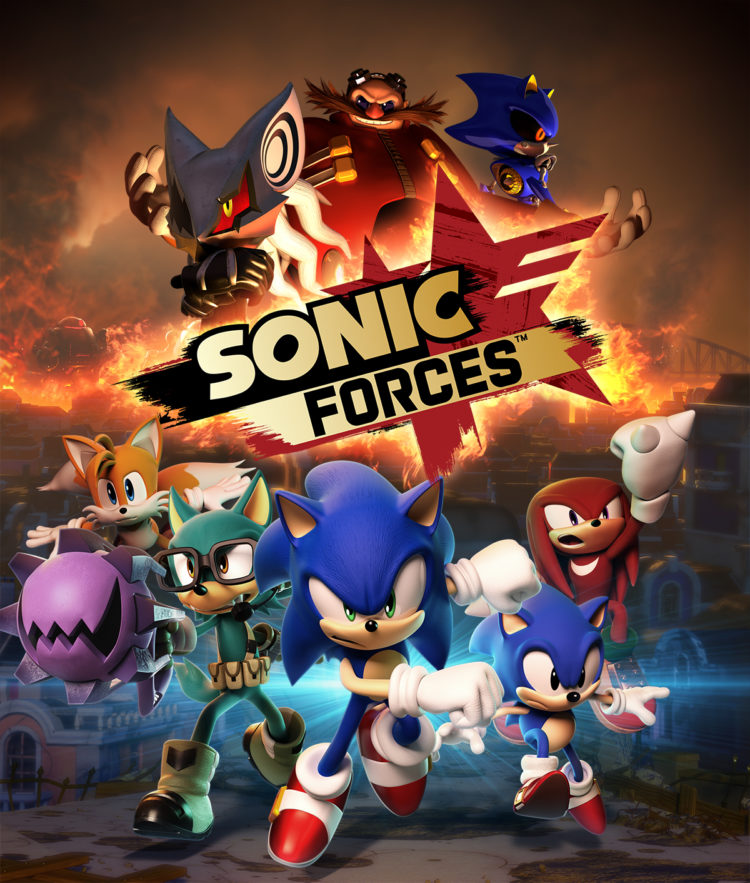 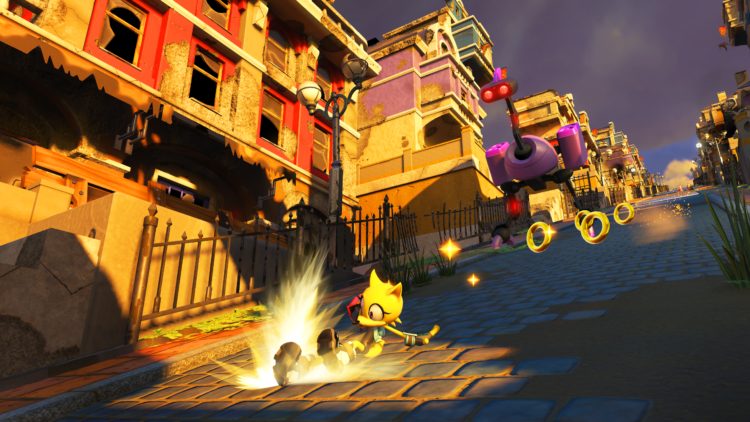 I spent time with the Nintendo Switch version of Sonic Forces playing as the Avatar to see how the little system can run this multi platform title. There are very few cross platform games hitting the Switch that promises to deliver high-end graphics and try to achieve parity with the other versions.

Playing the Switch version makes me worried about several things. Not only that cross platform titles like this may become near to impossible to see on the system for the rest of it’s lifespan, but also the game itself. I heard from other people that the level was insanely difficult with unseen hazards and deaths. Don’t expect a Digital Foundry style of comparison of the Avatar at this time. It turns out the level shown for the Avatar in the Switch version differs from the other two versions on the show floor. The Xbox One and PlayStation 4 versions use Green Hill and the Nintendo Switch version features Park Avenue. I was faced with a far easier level despite being disoriented with the button layout. 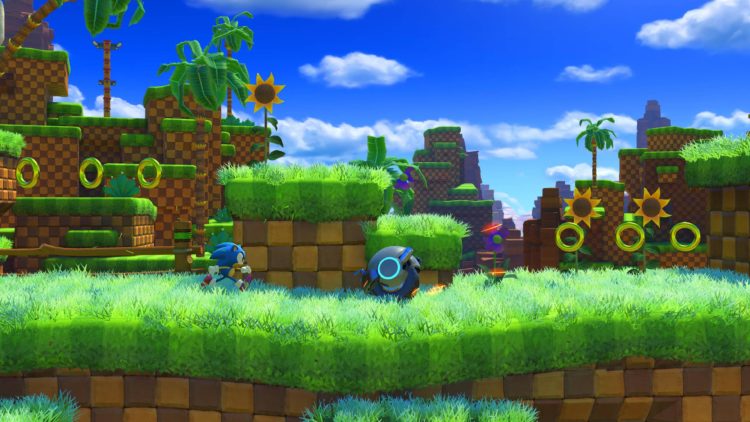 Fair warning on my part, I only just got my hands on a Nintendo Switch yesterday playing titles like Mario Kart 8 Deluxe and Puyo Puyo Tetris. Two fantastic games for the system that really show off it’s capabilities. While I don’t think Sonic Forces is too ambitious for the platform, there is a downgrade in terms of visuals with the most noticeable difference being the framerate which is at 30fps. The game still looked similar enough on the small screen. However I was not able to play the demo using the dock to output to the TV. Even without a proper way to compare visuals, the game still looked fine. Never did I feel overwhelmed with the effects on screen nor did I have a hard time finding my character or the enemies on screen. The game seems very playable and I’d expect this to be a fine version if you want to play it on the go. Keep performance in mind when choosing which version to buy, especially if you’re looking for parity in terms of performance as playing the game on the dock is likely not going to match the other console versions. 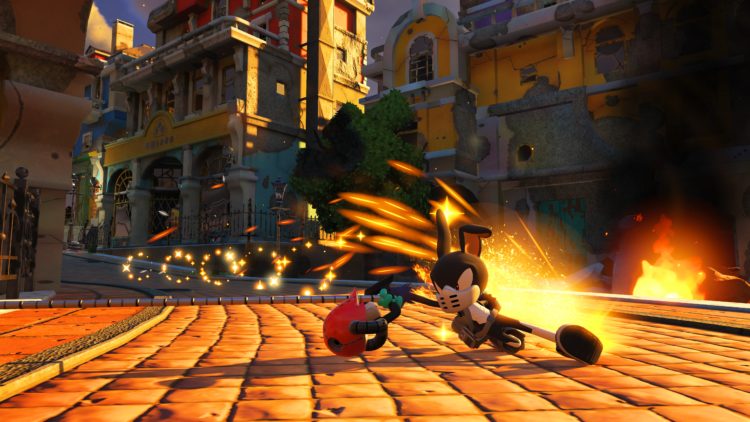 The Park Avenue level shown off for the Switch version gave me a far different experience from what I’ve heard from others; in that the game is far easier, at least with the setup I’ve chosen. The demo provides a randomly chosen character with your choice of two different weapons. For mine, as recommended by the staff tending the booth, the flamethrower was my choice of a weapon which fired a long unending stream of fire at enemies, destroying everything in one hit. That word, unending, might raise a flag for you, as it certainly did for me. You lose your rings when you take damage, but they don’t spawn for you to pick back up meaning you only have two hits to work with until death. Luckily you never run out of ammunition as your shot doesn’t get weaker. You can just jump on platforms and dash through loops setting enemies ablaze without blinking an eye. Perhaps this was just to help players through the E3 demo, or perhaps Park Avenue is actually set earlier in the game compared to the Green Hill levels other players got their hands on. But my initial thought was that the game would be too easy with the Avatar to try and make the different weapons balanced to a certain degree. But if there’s an imbalance of different weapons you can use for a level, that could make certain character combinations either too powerful or ultimately useless. You had certain context sensitive areas including grapple points for using a grappling hook to swing around to gain extra height or to activate a cutscene that sends you to the next area. Without knowing what each button does, mashing buttons usually rescued me from danger, and I would imagine a better understanding of the controls would help me perform better at the game. Even with an A rank I earned at the end of the stage I felt that I could easily improve my score with a better understanding of the controls. 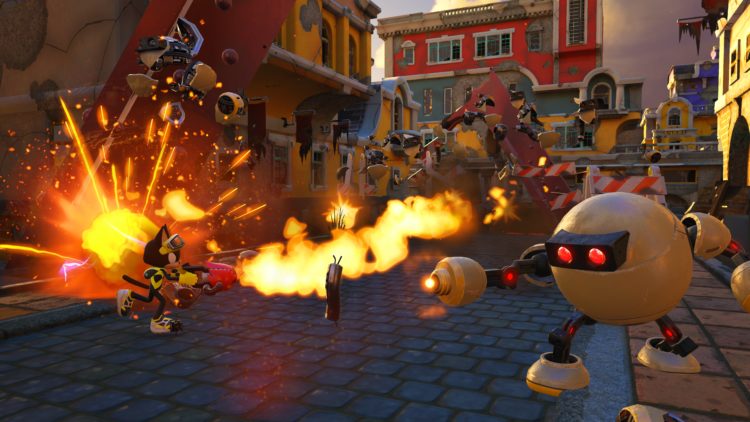 Nailing down an explanation of the Avatar character is definitely not going to help me provide a thorough explanation of how the game works along with it’s overall difficulty. My best assumption is that the create a character could potentially be an aspect of the game that’s going to cause a wide array of opinions, and not so much because of level design, but because certain character choices will fare better than others. I’m hoping to play more of Forces to have a better idea of the overall gameplay for all three playable characters. If you want to know more about the Forces demo, my buddy Neo has the scoop in his latest episode of Neo Previews. 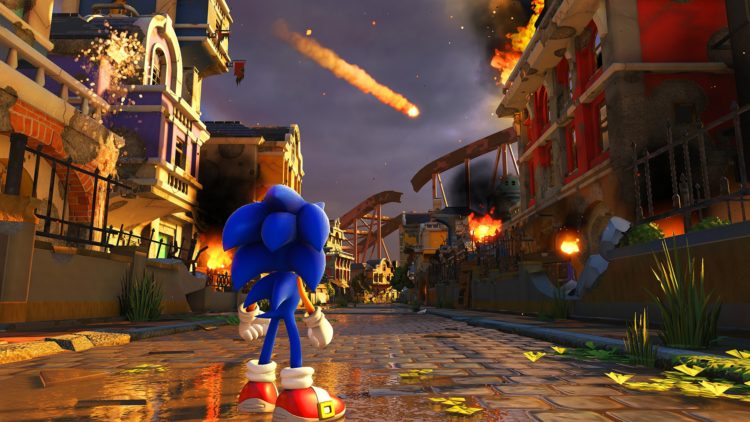 Sonic Team’s latest outing since Sonic Lost World made its debut at E3 with a playable demo at the show floor. I know a lot of people have mixed concerns about Sonic Forces, but after playing the game a couple of times it’s not as bad as people think. The demo featured three stages with the playable characters (Modern & Classic Sonic plus the Avatar character). I got to play the PS4 Pro version of the game and started out with Modern Sonic, who’s objective is to blast through the level to find Shadow the Hedgehog. Modern Sonic’s gameplay is very similar to Sonic Colors and Generations combined together with boost, stomp and double jump abilities making their return. While not playable in this game, Sonic’s friends make appearances through communication as the player progress through levels. This version of the game ran 60 fps. The controls were precise and not slippery. This was one of the gameplay features I enjoyed the most. 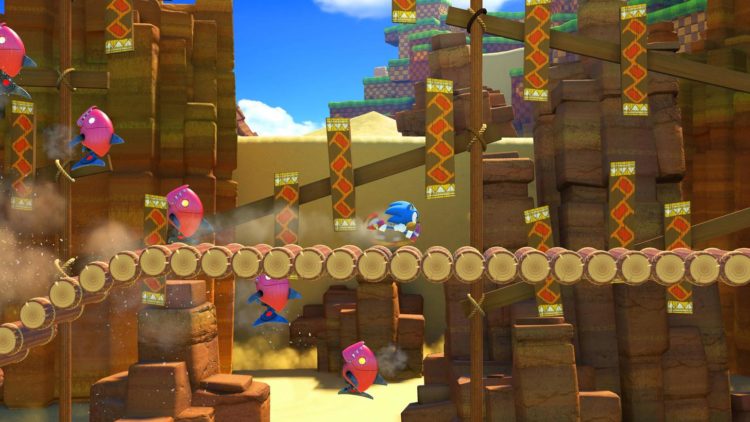 The second stage I tried out in the demo was Classic Sonic, which was a boss fight against Dr. Eggman in Green Hill Zone. The boss fight was a throwback to Sonic the Hedgehog with the second phase being the Egg Dragoon returning from Sonic Unleashed. Classic Sonic controls are definitely a huge improvement from Sonic Generations as it doesn’t feel stiff to move around the stage and even has the drop dash ability from Sonic Mania. Moving on to the Avatar stage, which you play as your own customized character and pick a Wispon in the game, I had a few mixed reactions with this gameplay. The Avatar character is randomized and uses the Wispon to progress throughout the level. The Avatar can zipline on to enemies serving as a homing attack, use wisps to reach higher paths through the levels, and a flamethrower to destroy enemies in a straight path. 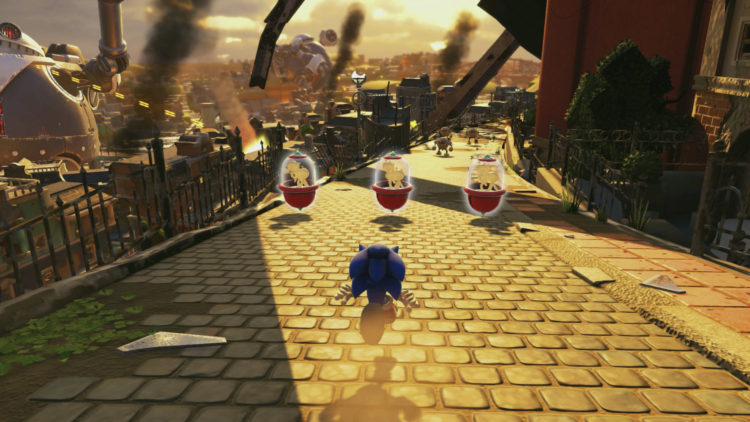 The level I played through was Green Hill Zone on the PS4 while the Switch version had Park Avenue. All I can say about this gameplay requires patiences and focuses on platforming. I learned the hard way by running into unexpected enemies and dying several times from stage hazards. However, the Avatar level has great music with vocals that expresses the setting of the stage and theme of the character actions. The mini boss in the Avatar segment also has a chase scene similar to Sonic Adventure 2 with the player dodging blocks with a small QTE to finish the boss in an epic fashion. Another issue I had during all of my playthroughs is that you cannot recover rings after being hit which gave me a few tough moments during the boss battle against Dr. Eggman. Overall, fans who love the Colors & Generations gameplay formula will be excited this game as long as Sonic Team can fix a few issues in the game. Other than that, I will be looking forward to this game this Holiday 2017.