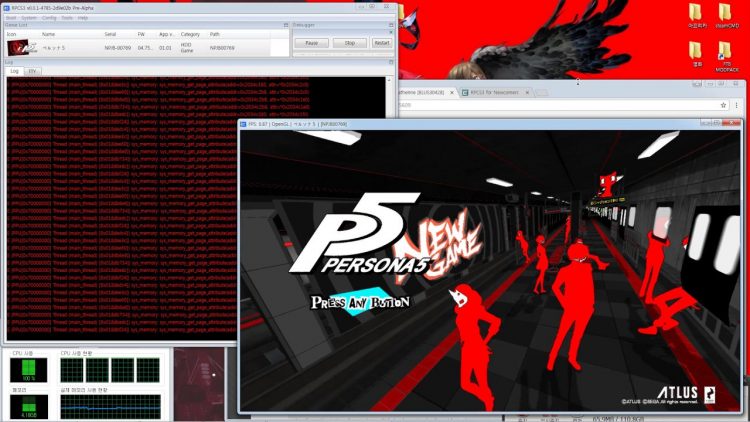 Atlus games have had a long history of having a niche, hardcore fanbase. But over the last half decade, they have been getting more and more popular, the issue with a lot of the new fans is that they don’t release their games on a lot of platforms. For example if you want to play Persona 5, you have to play it on either PlayStation 3 or PlayStation 4. Well, unless you want to play it on a emulator and PC gamers have been using RPCS3, a PlayStation 3 emulator to play some of the latest Atlus games.

Earlier this week Atlus sent out DMCA takedowns for the developers behind RPCS3 and its Patreon page, which is where they fund the emulator. This is why, according to Atlus:

We believe that our fans best experience our titles (like Persona 5) on the actual platforms for which they are developed. We don’t want their first experiences to be framerate drops, or crashes, or other issues that can crop up in emulation that we have not personally overseen. We understand that many Persona fans would love to see a PC version. And while we don’t have anything to announce today, we are listening! For now, the best way to experience Persona 5 is on PlayStation 4 and PlayStation 3.

We appreciate the awareness generated by the emulation community for Persona 5 and know that it is a fantastic example of how much people are loving our game. We want to keep bringing you titles like Persona 5. Unfortunately, when our content is illegally circumvented and potentially made available for free, in a format we do not think delivers the experience and quality we intend, it undermines our ability to do so by diverting potential support from new audiences.

It seems that the issue here, according to Atlus, is that the emulator isn’t a good representation of their game and its being played via illegal methods. While this isn’t the same as Nintendo taking down let’s plays or fan games, it will get people pissed off either way. What if people bought the PlayStation 3 version of Persona 5 and played it via RPCS3? Would that make it better? Its very confusing. It also seems that Atlus might be planning a official Persona 5 PC port, but that’s just my guess.