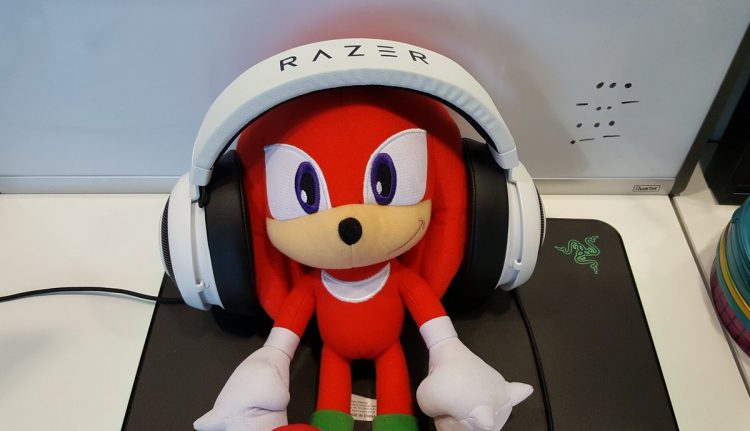 The Razer and Sonic the Hedgehog social media accounts have been going back and forth lately on twitter, giving each other smiling nods as they collaborate on content. This is usually nothing too new, but today the Sonic the Hedgehog social media account replied with the above image showing Knuckles in Razer gear with the message “By the way… do you guys make keyboards for Echidnas?”

Usually it will stop there and be thought of as a good cross social platform promotion (considering that today is Hedgehog day), but the Tails Channel twitter account noticed that next to Knuckles was some morse code that translates to ‘SXSW’, making some believe that there could be some crossover promotion between Razer and the Sonic the Hedgehog brand for future products. Especially considering that the SXSW event is going to show ‘the future of Sonic the Hedgehog‘

Again this is just speculation, could be that Razer has nothing to do with the upcoming SXSW Sonic the Hedgehog event and they just added there for fans to freak out. What do you guys think of this and would you buy Sonic the Hedgehog themed PC gaming gear?