In the recent Sakura Wars official live stream, SEGA unveiled a brand new trailer and key visual of Shin Sakura Taisen the Animation set for release in April 2020. The Animation takes place after the events of the Shin Sakura Taisen game with the New Flower Division team being transferred to Europe by Seijuro Kamiyama, and Sakura Amamiya was appointed Deputy Commander.

Kamiyama returns home temporarily to the Flower Division who all struggle every day, but there is an unknown girl beside named Clara, who is the only survivor of the Moscow group that was destroyed after a major accident . Sakura welcomes Clara, who was commissioned by Kamiyama and transferred to the Flower Division. Meanwhile, a group that claims to be “Moscow Assault Force” suddenly appears in the Imperial City.

The trailer also reveals a new Assault Force team hailing from Moscow (Mossika Hussarge, Valerie Kaminsky, and Leila with character designs by Mika Pikazo) who will all be appearing exclusively to the anime. In addition, there will be a Blu-Ray collection of the Sakura Taisen OVA (Original Video Animation) series set to release in Japan on March 18, 2020 for 35,000 yen ($320.84). The original OVA series served as prequels and side stories to the games and is a nice collection set if you have been a fan of the series. Hit the jump to check out visuals of the animation and more! 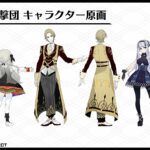 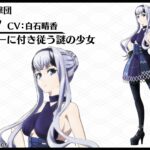 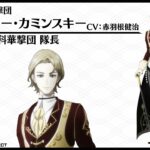 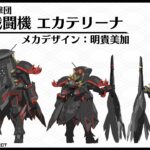 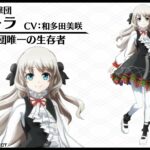