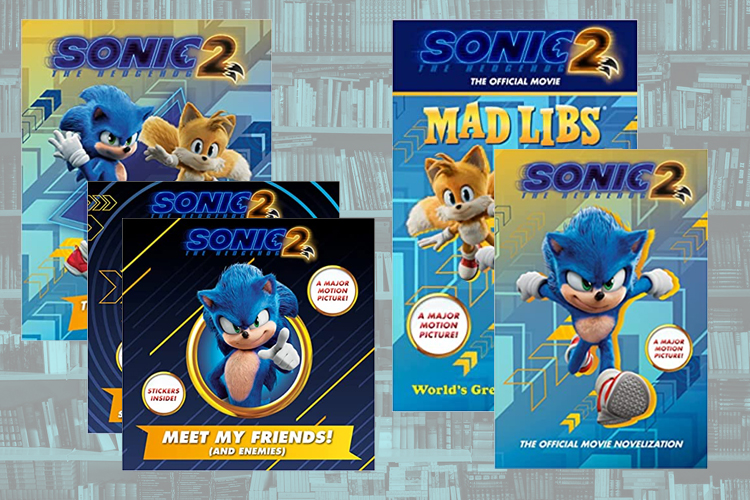 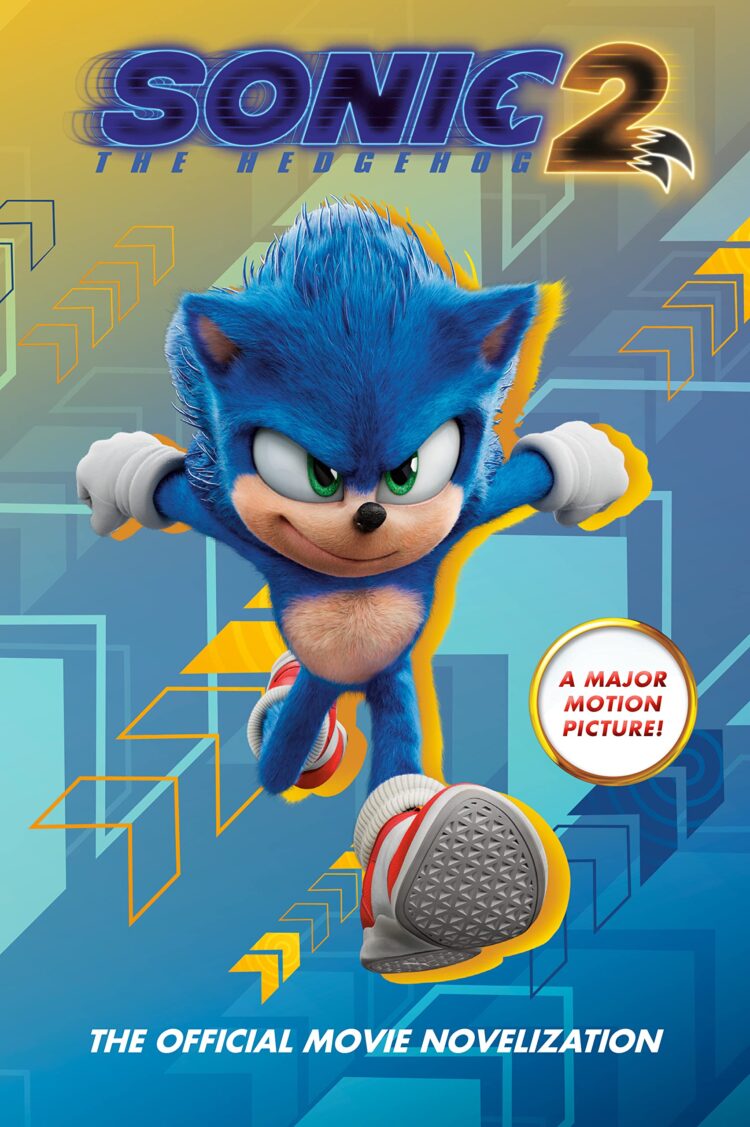 Sonic the Hedgehog 2: The Official Movie Novelization
by Kiel Phegley
[Pre-Order on Amazon]

Releasing April 8, 2022, this novelization of the film is a follow-up to the first adaptation also written by Kiel Phegley. If Kiel sounds familiar, he is the author of other recent Sonic books and is a friend to the site. You can listen to our interview with Kiel here! 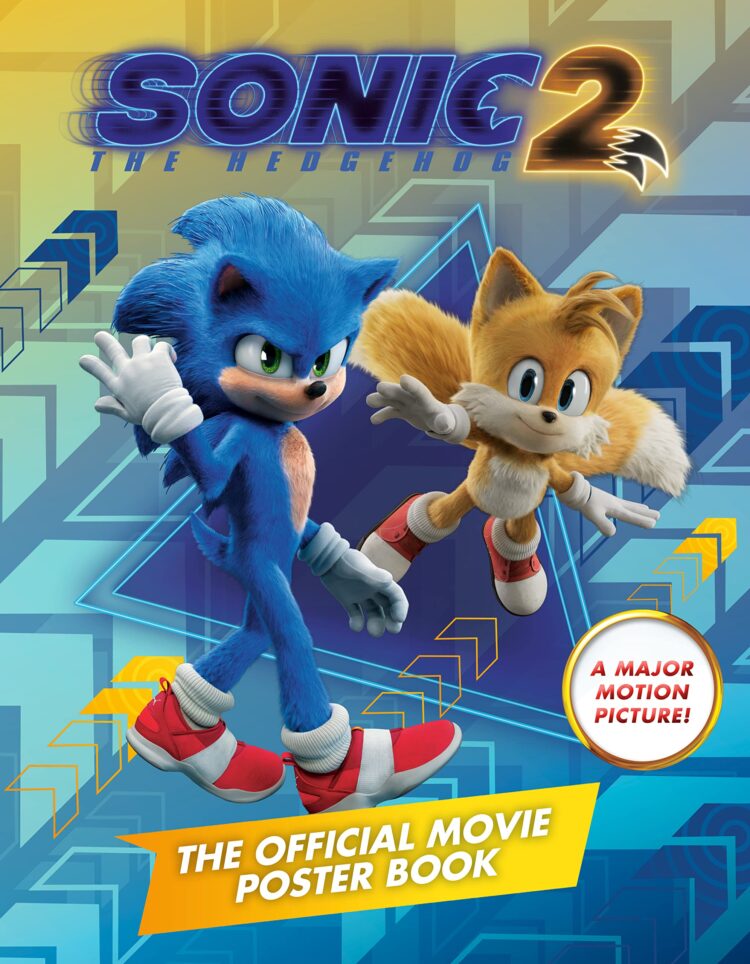 The world’s fastest hedgehog is racing back to the big screen in April 2022!
Sonic is back and he’s not alone! Sonic the Hegehog 2 Official Movie Poster Book includes 24 action-packed pull-out posters of Sonic and friends.

Releasing March 1, 2022, this book promises to be a render fan’s dream, as it will surely showcase movie Sonic, Tails and Knuckles new designs in all their fold-out poster glory. 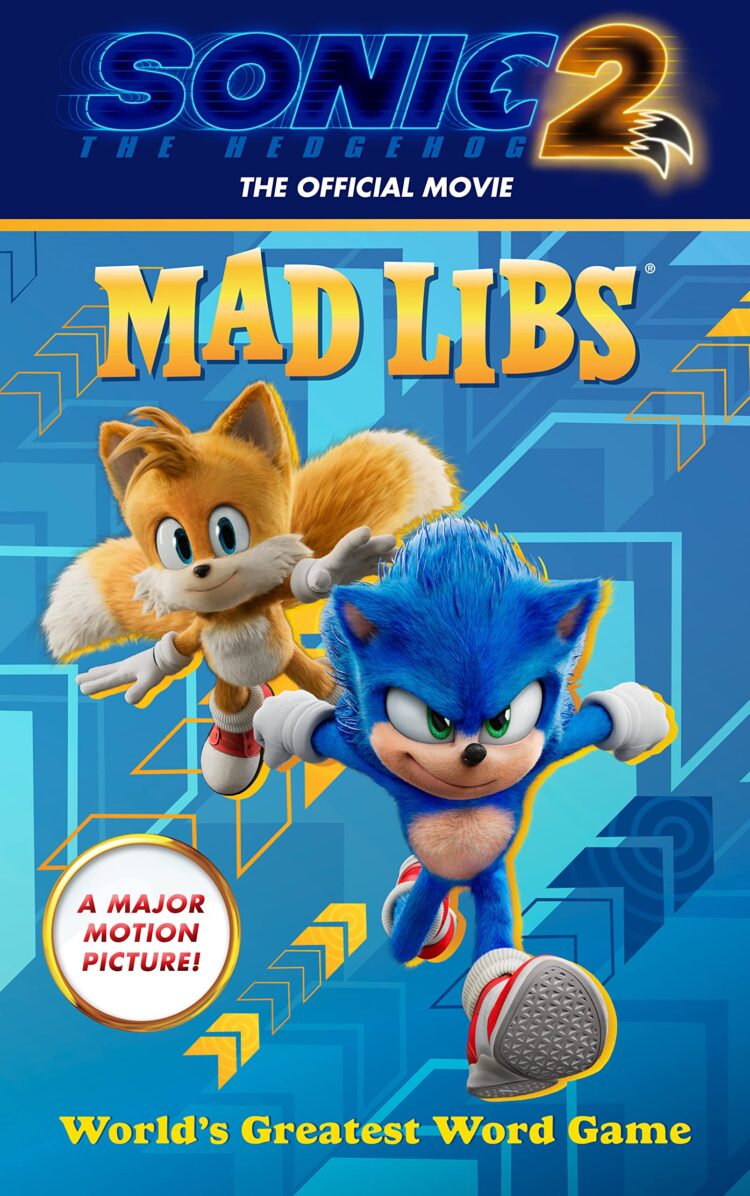 Mad Libs is the world’s greatest word game and a fun gift for anyone who likes to laugh! Write in the missing words on each page to create your own hilariously funny stories all about the Sonic film sequel. Sonic the Hedgehog 2 Mad Libs will have you saying “Gotta go ADJECTIVE!”
With 21 “fill-in-the-blank” stories about Sonic, Tails, Dr. Robotnik, and the rest of Sonic’s friends, you’ll be laughing at incredible speeds. Play alone, in a group, or at Tom’s favorite donut shop. Mad Libs are a fun family activity recommended for ages 8 to NUMBER.

Sonic is not new to the world of Mad Libs. This edition, due out March 1, 2022, will feature scenes and situations from the film. Sonic has had Mad Libs books in the past, with one based around the games and a second based around the first movie. 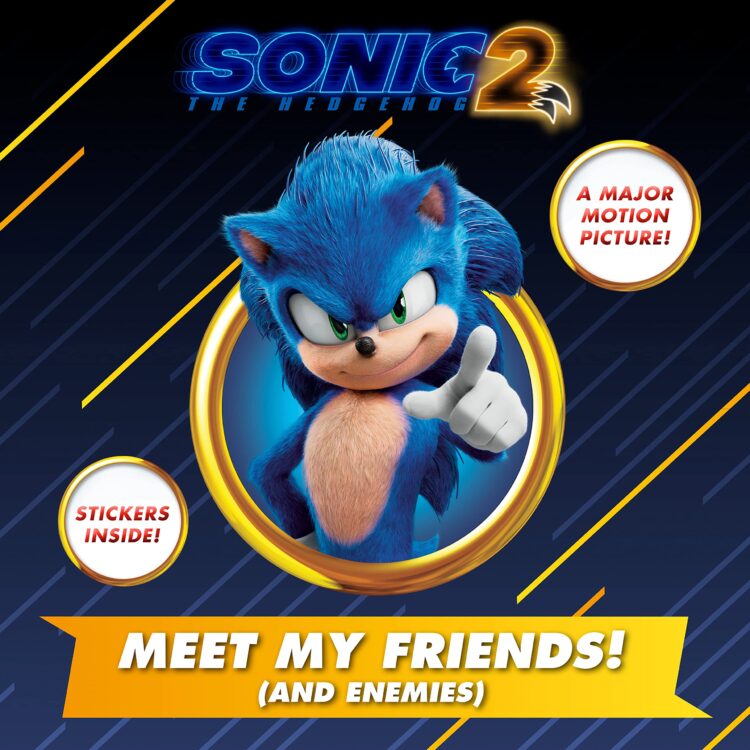 Meet My Friends! (And Enemies)
by Charlie Moon
[Pre-Order on Amazon]

Sonic the Hedgehog is racing back to the big screen in April 2022!
This storybook is perfect for young fans who want to learn all about Sonic and the friends he made on Earth! Includes a sheet of character stickers!

Releasing before the film releases on March 1, 2022, this book is meant to catch kids up on the characters featured in the first Sonic movie. Really hoping we get a Tom sticker included. 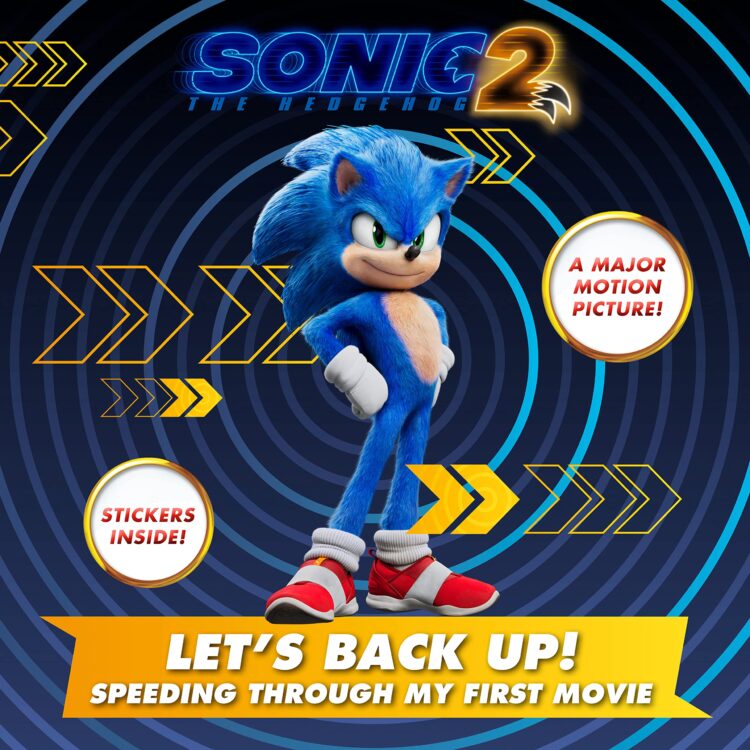 Let’s Back Up! Speeding Through My First Movie
by Jake Black
[Pre-Order on Amazon]

Due out March 1, 2022, this book retells the story of the original film to get kids up to speed on the story before the second movie hits. Considering the first movie never got a story book, it’s nice to see this being released. Hopefully they follow it up with a storybook for the second movie.