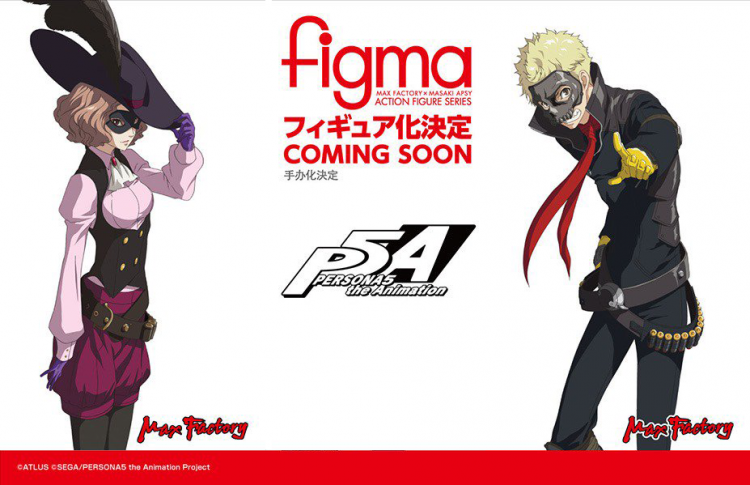 Atlus has teased a few Figma figures coming out soon for Persona 5, which seem to be tied into the upcoming anime. The two figures they announced was Haru Okumura as Noir and Ryuji Sakamoto as Skull. Prior to these new Figma figures, the company has been hard at work on the Makoto Niijima as Queen figure. You can see the sneak peak on that figure after the jump.

END_OF_DOCUMENT_TOKEN_TO_BE_REPLACED

Atlus is set to share new information about their upcoming Persona 5 The Animation via a live stream on December 24 at 20:00 JST. Atlus Japan is naming the live stream “Super Secret Information Reveal! Broadcast Special” which will air on live TV in Japan via Abema TV’s New Anime Channel as well as YouTube Live.

The Persona 5 The Animation reveal stream will also feature Persona 5 talent like Jun Fukuyama (voice of protagonist), Aoi Yuuki (Futaba Sakura), and Souichirou Hoshi (Goro Akechi). A lot of Persona fans love these animation entries because it adds new stories and backstories to characters found in the main games. We shall see what Atlus has to reveal by the end of the month.

Persona 5 recently won RPG of the year by the Video Game Awards earlier this month. You can pick up Persona 5 on both the PlayStation 3 and PlayStation 4. If you haven’t read our review, we highly recommend the game.