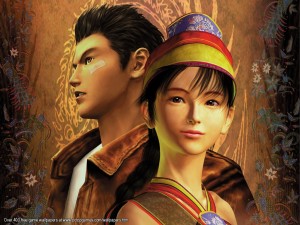 Potentially massive news if true, the person responsible for the Jet Set Radio XBLA rumour is now claiming that Sega’s epic Shenmue may be coming to the service. A photo and his Youtube account back up the claims, but it’s best to take these things with a grain (or dumptruck) of salt until we get official word. Having said that, it does fall in line with Mike Hayes’ recent interview stating that Sega will be looking to increase the amount of games available Digital Download.

Shenmue was the only console specific game directed by the legendary Yu Suzuki, many consider it to be his finest work. The game was planned to have 16 chapters, but only 5 have thus far been covered through Shenmue and Shenmue II. No doubt fans of the game (such as yours truly) would be elated to see Shenmue return in any shape or form.

Thanks to max_cady on the forums.

How Shenmue was meant to end – with Yu Suzuki