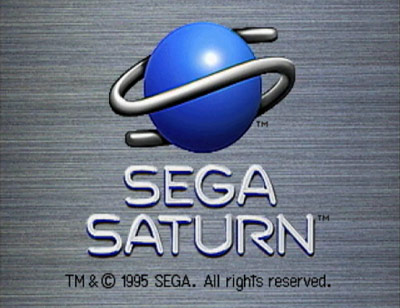 Oh, SEGA,  just to 1up Sony you guys decided to launch your console early. 15 years ago today, SEGA CEO Tom Kalinske stood in front of the press and announced that the SEGA Saturn would launch early do to “high consumer demand”. The announcement was made at the first ever E3.

“Many Americans have gone to the extent of paying $ 800 and more for Sega Saturn units from Japan,” Kalinske explained. “We’ve decided to bring the product to market earlier than scheduled to meet the high consumer demand, to refine our marketing strategy over the summer, prior to the important fall season, and to get a headstart on the competition.”

The SEGA Saturn launched at the price of $399.99 for the stand alone version and $499.99 with Virtua Fighter (also came with a disc that showed other titles).

Hit the jump to read SEGA’s press release from 1995. It is like going back in time.

May 11, 1995–The waiting game is over for video game enthusiasts in the United States as Sega of America Thursday announced the immediate availability ot its much-anticipated Sega Saturn system.

The early launch of the high-end video game system was fueled by tremendous consumer demand ignited by phenomenal sales in Japan.

With the Japanese launch of Sega Saturn as precedent — where more than 500,000 units were sold withing the first month of sales, and more than one million units have sold to date — Sega of America anticipates that the units available now will immediately sell-out in the United States.

Sega Enterprises estimates more than three million units will be sold by Christmas 1995 worldwide; Sega of America is projecting sales of more than 600,000 units by year’s end.

“Consumers have been extremely anxious to get their hands on Sega Saturn,” said Tom Kalinske, CEO of Sega of America, who announced the early launch at his keynote address at the first Electronic Entertainment Expo (E3) Thursday morning.

“Many Americans have gone to the extent of paying $ 800 and more for Sega Saturn units from Japan. We’ve decided to bring the product to market earlier than scheduled to meet the high consumer demand, to refine our marketing strategy over the summer, prior to the important fall season, and to get a headstart on the competition.”

The “Ferrari” of video game systems, Sega Saturn retails between $ 399 and $ 449 and already has more than 12 software titles that appeal to a broad cross-section of video game enthusiasts — with a special emphasis on arcade hits and sports games. More than 80 first- and third-party software titles are expected to hit retail shelves by Christmas this year.

According to Michael Ribero, executive vice president of marketing, Sega Saturn was specifically designed for the growing population of interactive entertainment consumers ranging between the ages of 12 and 40.

“The ‘Pong’ generation — now 15 to 20 years older — is demanding new, immersive experiences that are not only entertaining but compelling and challenging, and Sega Saturn delivers just that,” said Ribero.

“There’s been tremendous hype about next-generation video game platforms, and how may bits, polygons per second and MIPS they will have,” added Ribero. “But the bottom line is software — it’s the magic that comes from the machine that drives consumers to spend money on a new video game system.

“Sega has an established, formidable pedigree of providing the games that consumers want.”

Sega Saturn’s launch line-up includes games “Virtua Fighter” and “Daytona U.S.A.” — both of which have been hit arcade “coin-op” products with large audiences of dedicated players. Original titles such as “Panzer Dragoon,” “BUG!” and “Clockwork Knight” transport gamers into new, virtual worlds and futurescapes with 360 degrees of challenging action and adventure.

Killer Sega Sports titles such as “Worldwide Soccer” and “NHL All-Star Hockey” bring the field and players to life with an unprecedented “dynamic play perspective” which literally puts players in the middle of the action and in the heat of athletic competition.

Sega Saturn is available today in limited distribution around the country; the fist wave of retail outlets that will carry Sega Saturn include Electronics Boutique, Software Etcetera, Babbages and Toys R Us. As production ramps up, additional retailers will be added as rapidly as possible.

Sega Saturn retails between $ 399 and $ 449 and includes “Virtua Fighter” and a “Choice Cuts” video sampler of twenty Sega Saturn titles. As an added bonus, customers who return their product registration card will receive a playable game sample of “Panzer Dragoon” and a hot music sampler CD.

Consumers can call 800/SEE-SATURN for more information about Sega Saturn and retail availability.

The largest launch in Sega’s 40-year history, the early arrival of Sega Saturn on U.S. soil will be supported with breakthrough television and print advertising campaigns, promotions, and a tremendous consumer direct marketing campaign to hundreds of thousands of video game players across the country.

The Sega Saturn “Theater of the Eye” television campaign breaks Thursday on FOX, NBC and MTV (9 p.m. EDT) with a combination of 60-second and 30-second spots that will run nationally. The print campaign, “Head for Saturn,” includes double-page spreads in a number of national magazines including Rolling Stone, Wired, Playboy, Details and Sports Illustrated.

Sega of America is the arm of Tokyo-based Sega Enterprises Ltd. responsible for the development, marketing and distribution of Sega products in the Americas. Sega Enterprises Ltd. is a nearly $ 4 billion company known as a leader in interactive digital entertainment media with operations on five continents.