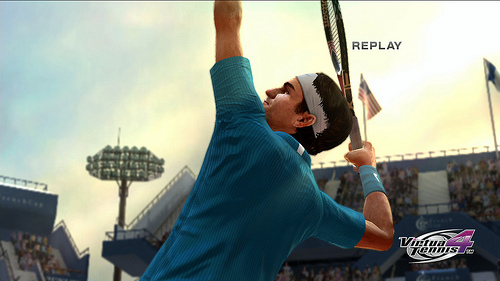 Virtua Tennis 4 will be exclusive to the PlayStation 3 and will have both Move controls and be 3D enabled, Anna Kournikova’s arse will seem so close to your face you could almost taste it.

[Edit] It appears that this game will be developed in Japan by the original Virtua Tennis team and not by Sumo Digital, pretty big news! Maybe that will free up Sumo for some more Sega All-Stars action. [/Edit]

Hit the jump for the press release!

SEGA® Europe Ltd. and SEGA® of America, Inc. are thrilled to announce that the critically acclaimed Virtua Tennis™ series is in development for PLAYSTATION®3 computer entertainment system, featuring full PlayStation®Move compatibility and 3D technology. Due to release in 2011 and being developed in Japan by the original Virtua Tennis Team, Virtua Tennis 4 promises a more immersive, true to life tennis experience than ever before.

Virtua Tennis 4 with the PlayStation Move isn’t just about hitting the ball; it’s about the angle of the racquet, the spin and speed of the ball and the power of the shot.  The advanced motion sensors of PlayStation Move precisely track both the fast and subtle movements of the controller allowing for pinpoint accurate shots as players improve their racquet skills. Virtua Tennis 4 will also support 3D technology delivering unprecedented realism to the experience, bringing you closer than ever to being out on the court.

“Virtua Tennis 4 is a fantastic example of how our 3rd Party partners are seeing the potential not just in PlayStation Move, but also 3D,” said Simon Rutter, Senior Vice President, Sales & Marketing at SCEE.  “The combination of both Move and 3D offers an entirely new gaming experience and one that has the potential to completely change how people interact with their entertainment. Virtua Tennis 4 shows how this technology can be implemented and we are very excited to be working with SEGA on this.”

“We have always strived to provide a tennis experience that is both true to the sport and great fun to play, and we are continuing to work with Sony to make this happen”, commented Gary Knight, Senior Vice President of Marketing at SEGA Europe and SEGA America. “With Virtua Tennis 4 being developed for PlayStation Move and featuring 3D technology, the boundaries of realism in sports video games are being pushed even further”.

With a host of additional features and the full player line-up to be revealed in the coming months, Virtua Tennis 4 is slated for release in 2011 and will be available on PlayStation 3 computer entertainment system.

Virtua Tennis 4 is currently being shown at the Sony Computer Entertainment Europe consumer stand in Hall 07.1 of the Cologne Trade Fair Center at Gamescom 2010 trade fair for interactive games and entertainment. 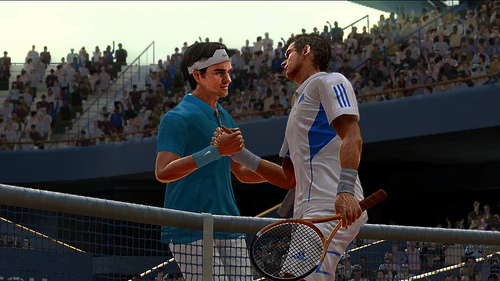