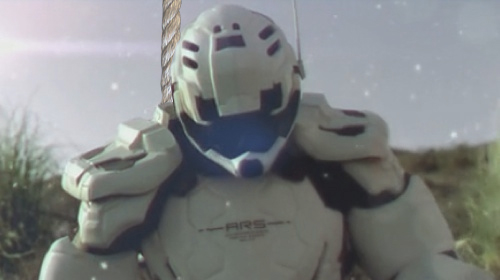 ESRB has agreed and given Vanquish the M rating, for Mature audiences only. I was a bit shocked, since Mikami said he wanted to make the game about killing robots, if Halo is not rated M, why would this game?

I guess human soldiers can be killed, when they are killed or blown up, there is blood (and limbs). They also revealed that some cutscenes will have violence and one even has a random character committing suicide. As they say, assassinating himself.