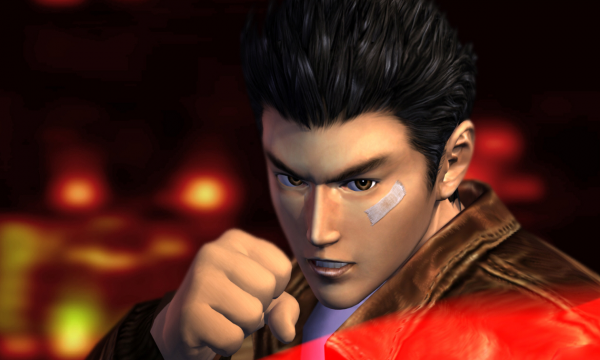 You worked on voices in both Shenmue I and Shenmue II. Which characters did you voice?

Who is your favorite character from the series, besides Ryo?

How did you come about being a voice actor in the Shenmue series?

I was a dance major in college in New York, and I answered an ad in the papers, sent in my voice tape (yes, back in those days, it was a tape) and was chosen to do the voice for Ryo. I was flown to Japan to record shortly after.

Have you met the Japanese actors who voiced your characters in the NTSC/J version?

No, unfortunately not. Their work was already done before we started on the English version of the game.

Have you played the games?

Absolutely. I love the game. Not just because I’m in it but because I really like it.

Are you up to date with the Shenmue World? Have you heard about Shenmue Online?

What do you think of the current situation?

Being a fan of the game, I of course would like to see a third installment and perhaps final chapter to the game. But being in the film business myself, I realize that there is a lot more to a product being made than any of us could imagine and it’s difficult for projects to get off the ground for one reason or another so unfortunately, it seems like it is out of our hands.

Would you like to be a part of Shenmue III and/or Shenmue Online (if it is still an active project)?

Yes, absolutely. I would love to be a part of Shenmue, just because it’s such a great game and I am a huge fan of it. 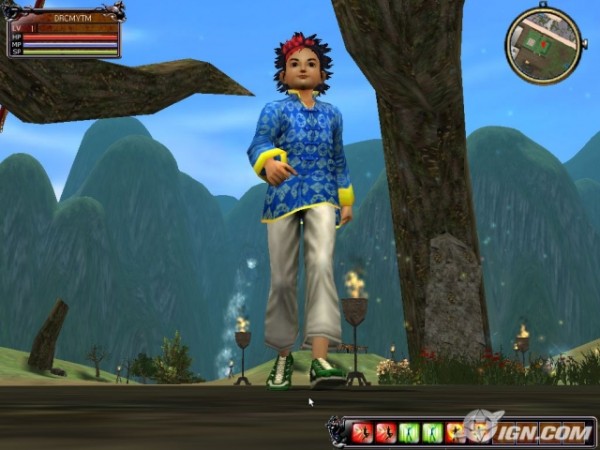 Did you have anything to do with Ryo Hazuki in the recent SEGA title Sonic & SEGA All – Stars Racing? If you didn’t know, Ryo was a playable character. Were you approached about this?

No, I wasn’t. The easiest thing for them to do was take sound samples of my voice from previous games. This is a way for them to save time and money.

It has been said that Ryo was originally going to be playable in the first SEGA All – Stars game, SEGA Superstars Tennis. Were you aware of this?

The fans make me aware of everything.

When I interviewed Eric Kelso, the voice actor for Ren, Gui Zhang, and Fukuhara, he said that during the job, you two became drinking buddies and felt like a true team. Is there anyone else you have fond memories of from SEGA or the Shenmue team?

Actually, everyone on the Shenmue team was extremely nice. There’s a bit of a camaraderie in the voiceover world over there. I guess it comes from being foreigners in Japan, as well. But for sure, Eric was my best friend on the project.

Eric insisted that we go on an all-nighter and that’s something that I will not soon forget. Thanks to Eric, I encountered my first and I think my last Long Island Iced Tea, which absolutely kicked my butt.

Can you describe a normal day in the recording process of Shenmue?

First thing that I did when I made my way from my apartment to the recording studio, I’d pass through an outdoor food market that looked remarkably like certain scenes in Shenmue. I’d arrive at Sega Headquarters and first thing I’d do is get a cup of hot tea going to get the vocal cords warmed up. Then, they’d hand me a script the length of the Holy Bible, with every sort of human grunt or martial art sound and I’d have to speak to every person on the street and sometimes, I’d have to give very different answers and of course, as we all know, secret or hidden levels that can be quite lengthy and time-consuming.

I remember that even security at Sega greeted me with warm smiles. They were just really friendly and genuine.

Then I might do some recording on my own, and then some more voice actors would start to trickle into the waiting room. After finishing part of the script that would be just for myself, the director would give me information on what scenes we would be doing that day with the actors that had shown up.

Do you have any fond memories of working on Shenmue?

The entire Shenmue experience is one of my fondest memories. Some people over there became a second family for me. After work was done, we’d spend time with one another so we developed a close friendship.

Long before Shenmue was released on the Dreamcast, a version for the SEGA Saturn was being developed. Were you a part of this version? Did it even have voices?

No, I wasn’t a part of that version. They did not get to the point where they needed to voice my character. 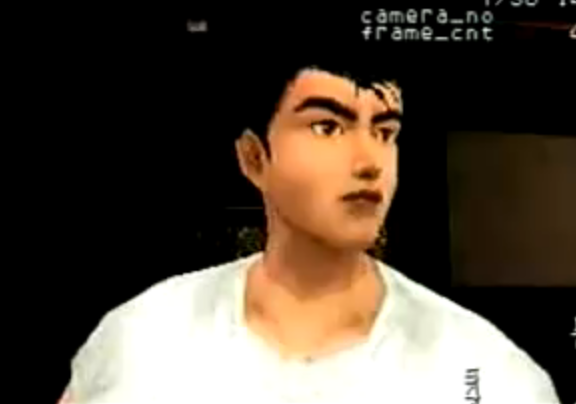 Can you give us any insight on any of the scrapped/deleted/future content from the series, like Miao Guang Village/Temple, Bailu Village, Luoyang, or the ship to Hong Kong?

They keep all of these very very tightly under wraps and most of that information cannot come by me first.

Did you ever meet Yu Suzuki?

Yes, I had the great pleasure of meeting Yu Suzuki. One day while working in the studio, Yu Suzuki did pay a visit. Some people came into the control room, and I remember there was this excitement but at the same time this hush came over the room. It was a very Japanese reaction. They asked me if I’d like to meet Mr. Suzuki, who had paid a surprise visit that day to oversee some aspects of the game being designed and built. So, of course I said yes and I was escorted up to where he was and that’s when I got to meet him briefly. I expressed through a translator my love for the game and the project and I expressed my extreme gratitude and thanks for allowing me to be a part of his creation. I remember that he was very polite. A really nice man.

Are you a big gamer? Do enjoy any other SEGA games?

Before the birth of my daughter, I was a pretty big gamer. I enjoy all types of games, and I particularly enjoy Sega’s arcade games- especially the ones in Japan, which were superior to the ones we have in the States.

What is the project that you have enjoyed most at SEGA, and in general?

The only project that I’ve worked on at SEGA is Shenmue so that’s what I enjoyed. Voiceover work does happen to be my favorite job and I have to say that my experience at Sega was the most enjoyable ever.

What are you working on now?

I’m currently working on changing my daughter’s diapers. LOL. Heavy Metal magazine is launching its first digital comicbook, Gates, which is a creation of a buddy of mine, Hal Hefner, and there’s a possibility that I’ll be involved in that but nothing is set, as of yet. It’s an awesome project and the storyline is really cool.

Do you have anything else you want to say to the fans?

You guys freakin’ rock! Without the fans, nothing can happen, so thank you for all your love and support.

Thanks to Supa for holding the interview and to Corey Marshall for his hard work, his contributions to the franchise and for taking part in the interview