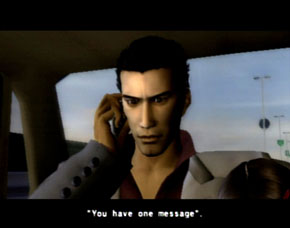 SEGA has been teasing a Yakuza announcement since Monday. What is all the racket about? It seems that SEGA will have a Yakuza Mobile (Ryu ga Gotoku Mobile) that ties in with their games. Not many details have been posted in terms of gameplay, but it is revealed that you will be able to trade weapons for the mobile game to Yakuza of the End on the PS3.

Talking about Yakuza of the End, SEGA has also announced the Japanese release date for the game. It will be hitting store shelves on March 17th, a year and two days after they released Yakuza 4 over there.