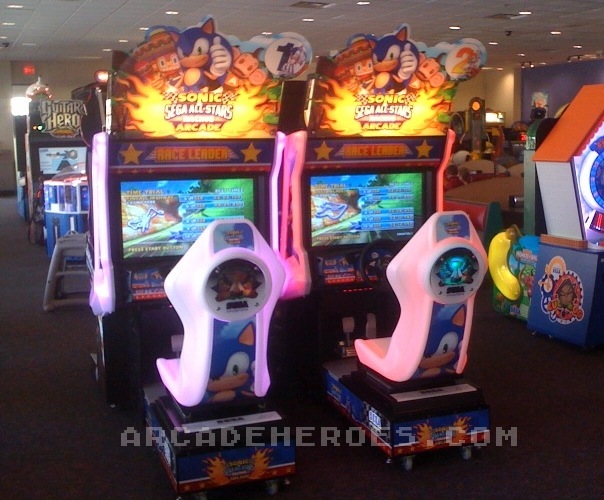 Seems that the previously reported rumor of SASASR receiving an arcade version was legit! From the website Arcade Heroes comes photos and a few details about the racing cabinet, officially titled Sonic & SEGA All-Stars Racing Arcade. The machine(s) were spotted at a Chuck E. Cheese in Skokie, IL. The tipster noted that the seats and sides of the cabinet change color. The startup mentions Sumo Digital as the developer and the game retains power-ups and boosting. The game features three modes: Time Trial, Quick Race and Grand Prix. Also, the game is running on the Ringwide hardware. No mention of the roster, but I assume it has exactly what the console versions have. I wonder if Metal Sonic also appears?

Check out an additional photo at the Arcade Heroes link below.