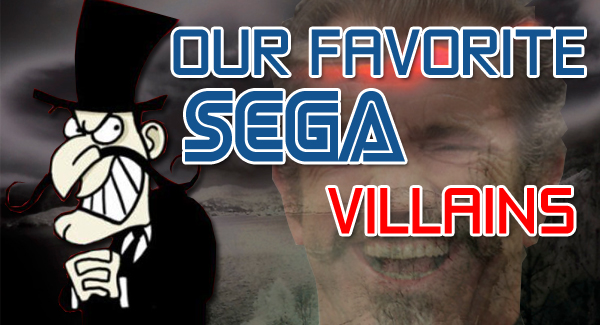 Every great game needs a great villain and in this weeks round table we share our favorite SEGA villains with you. So hit the jump and see the most diabolical bastards in SEGA history.

If you guys want to share your favorite SEGA villain, do so via the comments.

Ramirez from Skies of Arcadia 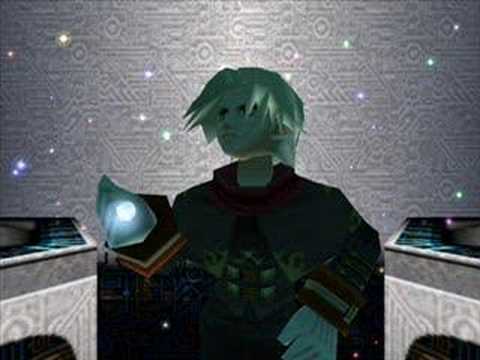 This was a toss-up for me between Lan Di from Shenmue and Ramirez from Skies of Arcadia, but after giving it some thought, I’ve decided to go with the latter. Ramirez is one of the few video game villains to actually send chills down my spine.

Though I really enjoyed Skies of Arcadia, I have to say, I didn’t find it to be quite the masterpiece that a lot of SEGA fans seem to feel that it is, especially with regard to the story and slooooow battle system. Years after completing the game, though, a couple things come to mind whenever I think back on it: the amazing world, the great character that was Drachma, and the fact that Ramirez was so frigging creepy.

Looking at his design, I feel like the aim was to create a villain who looks like “an even scarier-looking Sephiroth,” Final Fantasy VII’s famous baddie. I have to say, they were successful in designing a character whose facial expressions alone would send me running in the other direction. 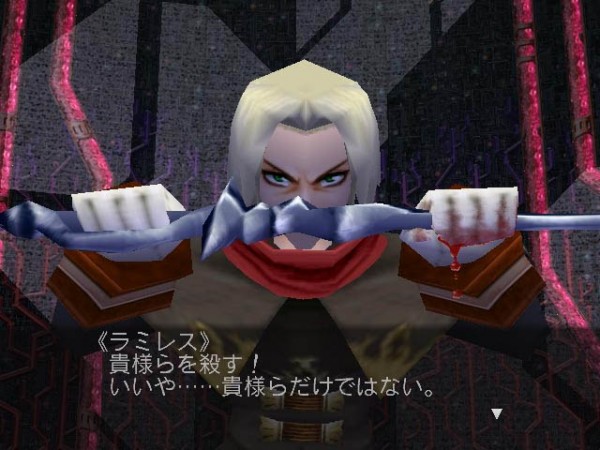 Ramirez is one of those villains who doesn’t become too prominent until you’re pretty far into the game, a writers’ decision that can go either way for an RPG villain. Sometimes by that point it can be too late for the villain to establish him or herself. Ramirez, though, is interesting in a couple of ways. I won’t spoil the game for those who haven’t yet played it, but once a certain event takes place, he becomes completely unhinged and there’s nothing scarier than a villain who loses total control of himself and all sense of right and wrong. This is made even more tragic by the fact that there’s also a softer side to his character, and you witness scenes in flashback that demonstrate the type of person he used to be, before he had been corrupted. The tragedy is that there’s none of that whatsoever remaining by the time you fight him at the end. Further complementing his evilness is the suitably chilling music that he was given, making the late-game confrontations with him even more intense.

As far as villains go, Ramirez definitely fit the bill. He was a tough opponent in battle, his actions were incredibly destructive, and his music and character design were pretty scary. Definitely, for me, one of SEGA’s more memorable villains, and probably the only one I can remember who scared the crap out of me. 😥 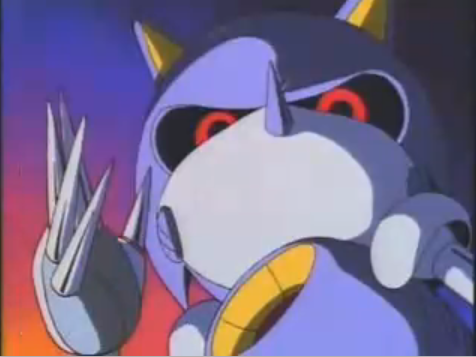 As far as baddies go, it was a toss up between Dr Robotnik or Metal Sonic and in the end, Sonic’s robotic doppelganger gets the nod from me. Although the Metal Sonic we know as Metal Sonic was not the original one (that being Silver Sonic) the redesign of a mechanical double rose to prominence in Sonic CD, a time when machines were a big thing with the likes of Terminator and Robocop making box office records. When first introduced to the player, Metal Sonic kidnaps Amy Rose in the second level of Sonic CD, bursting through spikes and grabbing her right in front of Sonic and blasting off, which sets up for the one of the most original boss battles at the time, well when I say at the time, I rather mean boss battles I played when I was a wee snapper. A race of death with Robotnik chasing the two with a giant laser beam of doom. From that point on, I consider Metal Sonic one of the coolest SEGA villains to ever be made.

But it didn’t just there, Metal Sonic continued to make several appearances in Sonic media throughout the 90s, playing major roles in the Fleetway comics, facing over several more times in the video game (From Sonic Triple Trouble to Sonic R and even Knuckles Chaotix) as well being used by Doctor Robotnik in the Sonic OVA. In every instance Metal Sonic has appeared, his had the same cool quantities that Sonic possessed. It also helps greatly that whenever he does appear, Sonic, or whoever has the discomfort to face him, entertains an encounter of epic proportions. 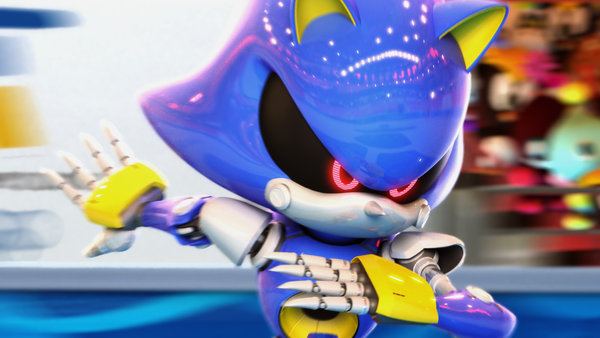 In fact the battle in the Sonic OVA for me was a classic at the time, with that music and the length of the battle (Roughly about 8 minutes) it pushed Metal Sonic to the top of my favourite SEGA villains. In every major appearance I’ve seen the blue bot, he has always given off a cool spark. And of course he should, being a metal copy of Sonic pretty much means so, it is however a shame that he is no longer Sonic’s rival, after all, everyone needs an evil rival and Doctor Robotnik is no rival, and what better rival than one that just so happens to be an exact double of you in almost every way!

But there are downsides, in Sonic Heroes, Metal Sonic was redesign, a redesign that didn’t even appear in-game and what we got was another character messed around by Sonic Team that lost some of his cool factor. Thankfully, Metal Sonic was soon restored to his original image but alas, it’s been a long time since Sonic’s metallic double has had the pleasure of terrorizing him in a main line entry, appearing in spinoffs such as Sonic Rivals 2 and Mario & Sonic at the Winter Games. Hopefully one day, we’ll see the return of the old foe… I’ll end my choice with one of my favourite Sonic lines to describe Sonic’s robotic rival; 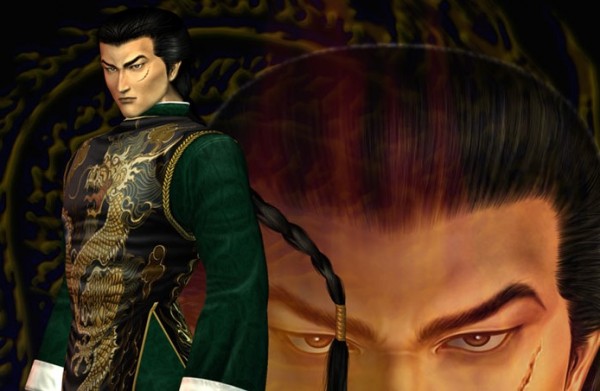 Lan Di is the most evil character and you can’t help but hate him right off the bat. I mean, it’s bad enough that he kills your father right at the start of the game, but he even threatens to kill you as well, lucky for us your father gave him the ‘Dragon Mirror’.

Later on in the game you find out that Lan Di is one of the four leaders of the crime syndicate known as the “Chi You Men.” They don’t like to ‘show themselves publicly’, unless they are going to kill someone’s father it seems. Regardless, they never really say in the game what type of ‘business’ this crime syndicate is into, but just looking at the grim face of Lan Di, it isn’t good. Probably evolves selling drugs to kids and then eating them. 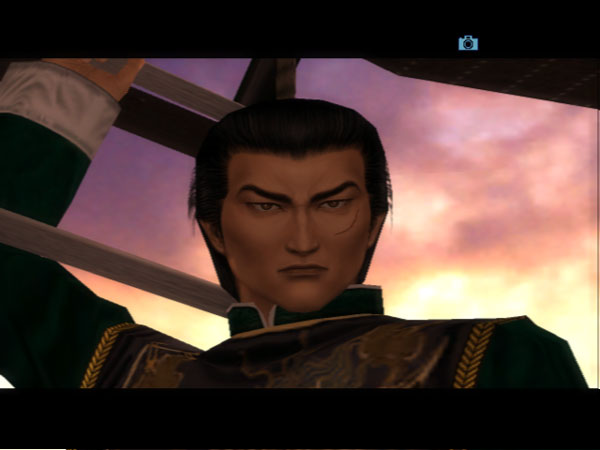 Later on in the game you do sort of feel pity for Lan Di, you find out that he thought your father killed his, so he was going to get revenge. But then you actually think that he was going to kill you in front of your old man, just to get a Dragon Mirror, you know this man is heartless. He is also a bad traveler, since in the first game it takes you almost a month to actually chase him, but somehow you are ‘right behind him’.

I think the most evil part is that we will probably never finish the story and find out all the secrets behind Lan Di. I think us using our imagination to fill in the blanks makes him more of a monster. Come on SEGA, 2012, year of Shenmue 3.

Round Table: How much did you pledge to Shenmue 3?
Metal Sonic Round Table Shenmue Skies of Arcadia Sonic the Hedgehog

3 responses to “Round Table: Our favorite SEGA villains”