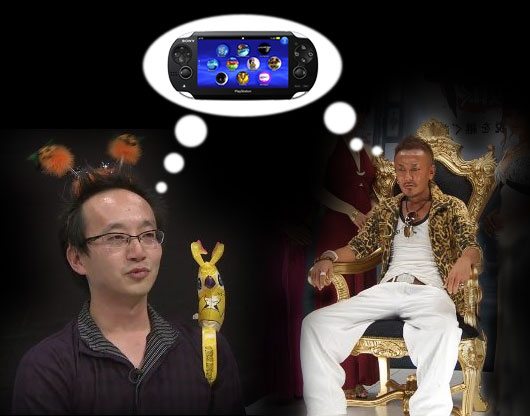 Famitsu had an interview with Japanese developers about the NGP and their thoughts on it. Here is what Satoshi Sakai and Toshihiro Nagoshi had to say.

Satoshi Sakai
He’s watching the system’s Wi-Fi and 3G functionality, as he believes a permanent connection could expand the possibilities for online games. He’s also excited for the dual touch panels.

Sakai is concerned about rising production costs on the NGP and believes that how to recoup the costs will be a major talking point. Because of his, he thinks that downloadable games could increase.

If he were to make a game, he said he’d want it to be a multiplayer game with online features.

Toshihiro Nagoshi
He’s looking at all areas of the system. The system feels like it has good balance and delivers much of what one would want from a new game playing device. He believes it’s possible that by building up community via 3G and other wireless functionality, the system could change the game industry.

Work for developers will probably increase, he said, but if it heats up the market, it’s work with value.