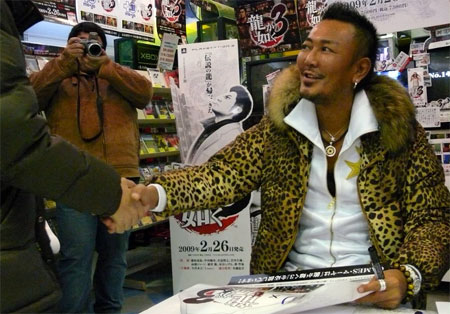 “When I call it a movie, though, it wasn’t just a video created in another environment, but a realtime presentation on NGP hardware using data from the real game. We had an extremely short window of time between the presentation and the request for a demo, but we made it. It was hard, but it also demonstrated how quickly we could port this high-end engine and full shader set to the NGP. That’s something really worthy of attention. Of course, we would’ve liked more time to implement more functionality and up the resolution — that’s something I’m annoyed with in hindsight.” – Toshihiro Nagoshi

Sounds good. Now announce a game for the system!