Being hardcore SEGA fans, especially during the Dreamcast era, means we played the crap out of Phantasy Star Online. Epic nights spent with our online friends, destroying monsters. Now that Phantasy Star Online 2 has gotten gameplay footage released, it means we can talk about how awesome this game is shaping up. 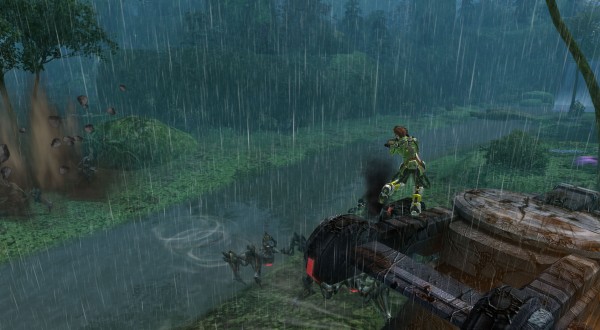 If there was only one thing that Phantasy Star Universe did better than Phantasy Star Online, it was the fluid combat… At least eventually anyway. At first the combat in PSU was a clear downgrade, it had lost the timed combo system which made PSO so fun to play. This made PSU a rather dull hack’n’slash affair with very little skill required to hack away at unresponsive enemies and win. However in later expansions of PSU and the Phantasy Star: Portable series, this mistake was rectified.

The timed combat returned and whilst mashing away at the attack button was still possible, it was far less rewarding.

The game play was further improved in Phantasy Star: Portable 2 Infinity where enemies were more responsive and aggressive, making them entirely more fun to slay.

From the little we can gather from the Phantasy Star Online 2 trailer it seems to have captured the look, feel and sounds of PSO and brought over all the best bits of the PSU series. Not to mention they have gone a step further and added a jump button.

Personally, I’m very pleased with what I’ve seen so far from PSO2 and I’m excited to see more! 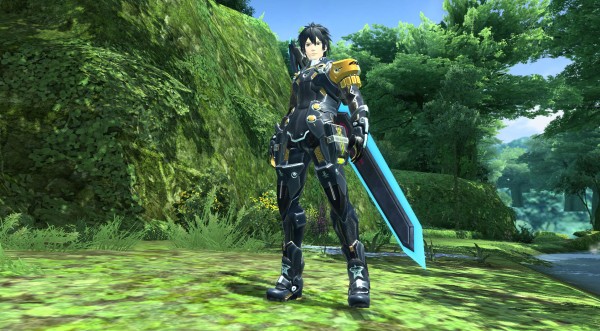 Having been a longtime PSO player, I was very eager to see the PSO2 trailer! Unfortunately, with the trailer releasing on Easter weekend, I had to wait two days before I was in front of a computer to see it. Thankfully, it was worth the wait! Watching the trailer, I very much had a sense of déjà vu. The developers seemed to have nailed look and the music. The environments and characters were instantly recognizable, but had enough of an upgrade to make it truly feel like a proper sequel and not just another upgrade of the original game.

I was impressed by the combat. Players seemed to have far more control over their character with jumping, dodging and free aiming. Conversing seemed to be far more dramatic than the original, however I still hope some of the goofier ways of conversing aren’t lost. One of my favorite ways to waste time in the original PSO was the picture chat. Even with the simple shapes, players could create some impressive (and sometimes dirty) pictures to share. 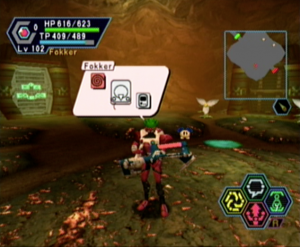 Another aspect that I hope is not lost is all the fun that can be had in the lobby. I’m not talking about the red light district that is Phantasy Star Universe (I swear, that place is filled with kids who want to do nothing more than talk about boobies and wee-wees). I’m talking about the fun world of Phantasy Star Online lobbies which included lobby soccer, picture chat sharing, holiday events and planning for the next adventure.

If Phantasy Star Online 2 carries over the fun community aspects and the combat plays as well as it looks, than I think we’ll have a winner of a sequel. English release please! 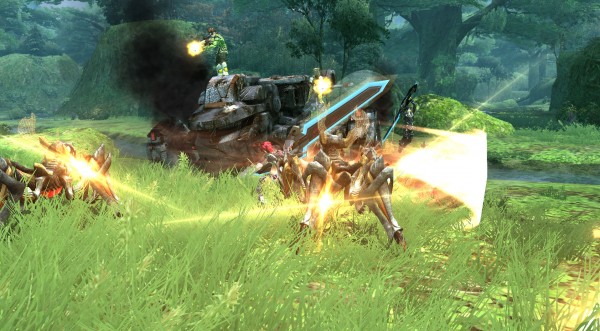 When I was a little kid, I remember my friend inviting me over to his house to watch him play Phantasy Star Online. I was not feeling well at all, (a stomach virus, I think) so I really shouldn’t have went there. But I did, and as I sat there watching him wander through a forest/beach level, I got progressively sicker and sicker, eventually heading home to throw up. Classy.

The incident scarred me for life, apparently, as to this day I can’t seem to watch any footage of PSO without feeling sick, and so immediately upon viewing this trailer, which takes place in another forested area, I got a bit of a sense of deja vu….but not sickness, so apparently this forest looks different enough from PSO’s to keep me from getting nauseated. So you’ve passed that test, SonicTeam!

Of course, now that you’ve read that story, you can probably tell that I haven’t played much Phantasy Star, so I’m commenting on this trailer more as an outsider than as a fan. One thing that I like is how dynamic this combat looks. I remember thinking that PSO’s combat, like that of many online games, seemed stiff and clunky to me, but PSO2’s combat looks fast and dynamic. Even the shooting looks impressive, and the jump button opens up entire new paths of potential. The boss at the end of the trailer was also a nice tease, and it looked like it would be a lot of fun to fight. 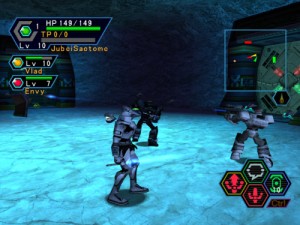 The whole game looks like a lot of fun.

On another note, though, it has to be said that I’m a bit surprised by the quality of the visuals. Granted, online multiplayer games aren’t often visual masterpieces, but PSO2 looks downright ancient when compared to the likes of Final Fantasy XIV and even Guild Wars. Considering this game’s status, as of right now, as PC-only, it’s strange that the visuals seem to instead resemble an Xbox 360 game from around 3 years ago.

That issue aside, though, this is looking like a fun game. I’m always glad to see a series that was once a console series move back off of portables, and I hope this game turns out to be a worthwhile followup to what many consider to be one of the Dreamcast’s boldest endeavors. 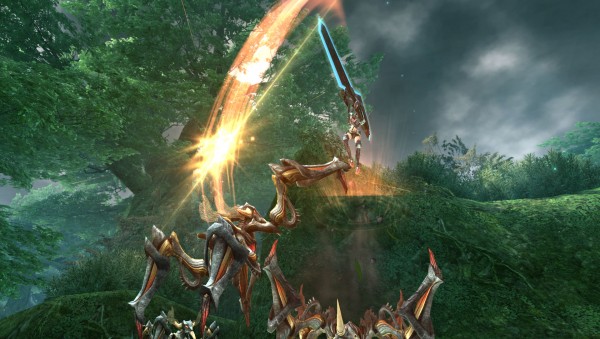 There is always one of those games that you want a direct sequel to. Being a SEGA fan, my list is staggering. I was one of those users that was extremely excited for Phantasy Star Universe, to me this game was going to be jaw dropping, boner biting amazing. I went and bought the game day one, regardless of what reviewers said.

I would admit, I had a great time for awhile, but something about the game just didn’t feel like Phantasy Star Online. This last September, when SEGA announced Phantasy Star Online 2, I was super excited. Shoot, we were one of the first sites to report it online when we saw it via SEGA’s stream. So we are huge Phantasy Star fans on this website.

Now that the new gameplay footage is finally released, am I excited for this title? Fuck yes. The timing attacks have been brought back, something that Phantasy Star Universe lacked. It is stuff like this that made the first game so addicting. It made you time attacks out, I can’t explain how this works out to make the game better, it just does. 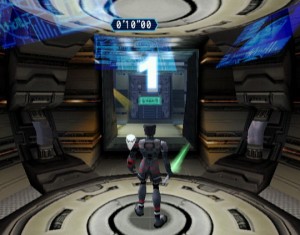 One of the newest gameplay enhancements added seems to be the ability to jump. At first I was pretty confused. Why jump? What would this even accomplish? Do we need it? Well, they showed how it will change Ranger classes, since they now have the ability to jump on things to avoid enemy attacks and have a better view of the battlefield. It has not been confirmed if they will also take more damage in these situations.

Another aspect confirmed was that the game will have randomized game maps, which is a huge plus. There are also random events that will occur during play (like crashing air crafts). There are though still lots of things to see and some things they have not yet confirmed that I want. They have not shown MAGS yet or if there will be PVP modes.

Oh, also there hasn’t been a western release or console port announced. Come on SEGA, get on it!

Round Table: How we would like to see Ristar brought into the modern era
PC Phantasy Star Online 2 Round Table

3 responses to “Round Table: Discussing the PSO2 gameplay trailer”