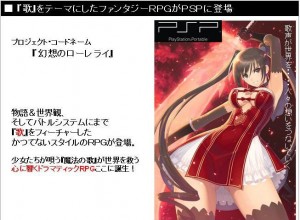 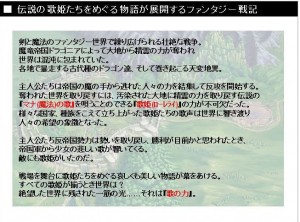 The world is attacked by natural disasters and dragons, seems that Japan is still obsessed destruction in games after what happen. As the main character, you group with an intent to rebel against the empire. To bring back the spirit power that you need to return the world back to its normal state, they make use of Lorelei, songstresses that can sing the mana song. Right when you are about  to be victorious, a young girl from the empires army comes  and sings a sorrowful song. They have their own songstress.

The songstresses in the game are going to be voice by famous voice actresses like Nana Mizuki and Yukari Tamura. The game is suppose to have them perform dozens of songs. 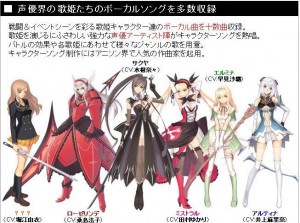 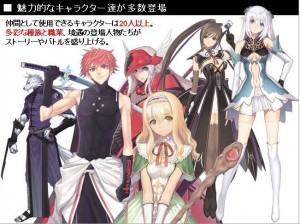 In the game you play as Reiji, who has a friend named Yukihime. Yukihime can turn into a sword that you use for battle and like most women, the shape of the sword will depend on her mood. 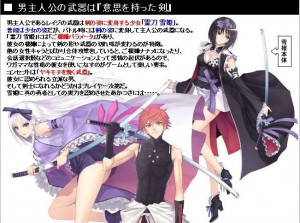 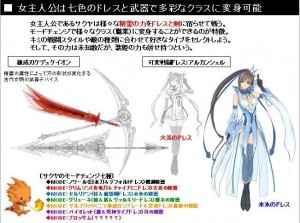 “Concerto” which is Spanish (also Italian) for Concert is the name of the battle system for the game. This game will be “strategy active real time battle system” and says its evolved from Sakura Wars’ ARMS system and Valkyria Chronicle’s BLiTZ system. The game will have you using swords, bows and magic in the battle system that focuses on character cooperation. 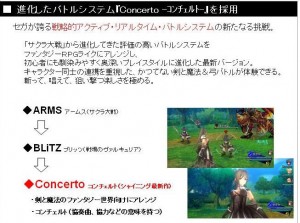 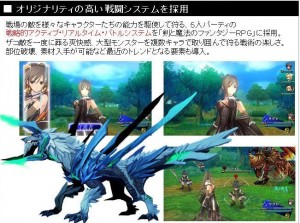 The game will let you build up a team of five members to battle large to small scale enemies. It will feature stuff like positional damage and ability to get loot after fights.

In gameplay songstresses are special party members, they can perform magic songs that can achieve various effects on the battle. Some examples used where blocking enemies from moving, increasing your move count and making your party faster. Some songs can be used to attack. Using songs will take up Mana Energy, so you will have to plan out when to use them. 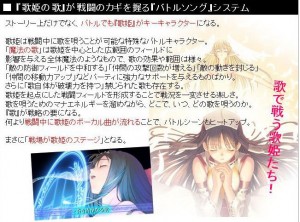 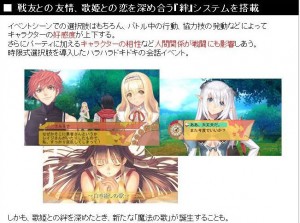 The game is being illustrated by Tony. Characters that Tony has designed for past games will be appearing in the game as party members. The full game will have “over 20 characters” to party with. 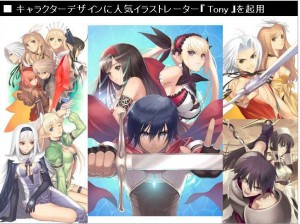 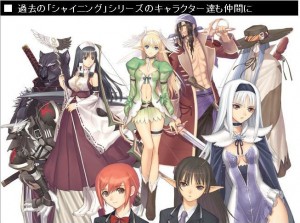 I know if this turns out to be a Tony designed Shining game, a ton of users here will be disappointed. I think every time SEGA teases a new Shining related game, we all hope and prey that it will return to its roots.