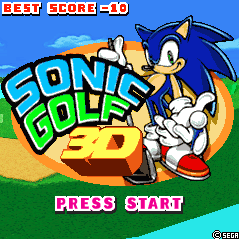 SEGA reveals Tokyo Game Show 2015 lineup – we may know what game the Yakuza team is working on!
Sonic Golf