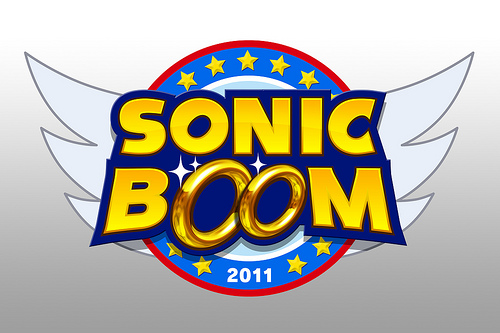 Sega of America has announced details on their latest blog about the Sonic Boom event. The event will include prizes such as T-Shirts and hats. Also, demos of Sonic Generations will be on hand. Folks who want to get in without a ticket will have to wait until others leave in order for a chance to get in. That means those of you without a pass may still have a chance to get in. And the best news of all………..

“We don’t want to give all of our surprises away, but we do want to let you know of some awesome things to expect at Sonic Boom!

You’ll get to play Sonic Generations. We will have X360 and PS3 gaming stations set up around the venue so you can play! You’ll be the first group of fans that get to play the game, and we’re really excited to let you get your hands on it.

Tell us your Sonic memories. We’ll have a special booth set up with a video crew, so you can tell us your best memories of Sonic. You never know where that video will turn up…

Needlemouse: the Musical – LIVE! The US winners of Sonic’s 19th birthday contest will be there to perform their fantastic musical live on stage.

Cake! No lie… we’ll have cupcakes at the event to celebrate Sonic’s 20th anniversary.”

Cupcakes! Honest to God cupcakes! Who can resist?! I’m a bit disappointed that the musical guests is the Needlemouse musical thing as I was hoping for Crush 40 or Richard Jacques as I originally predicted since he’ll be in town around that time, but it still sounds like a real fun evening.

More details can be found at this link.