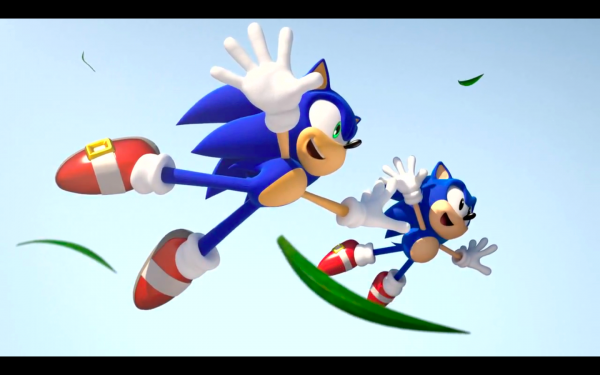 GoNintendo’s compiled a list of recent quotes from various publishers regarding the Wii U, and Sega West president Mike Hayes is one of several to offer an optimistic view of the system, and interestingly enough, he even makes a passing reference to “HD Sonic.”

“At some point we were the biggest, certainly top three third-party publisher on Wii, so for us it was a great platform… we’ve got absolutely no qualms about [Wii U]. I just think we’re all a bit premature in being a bit glass half full on 3DS. Everyone was clamouring ‘oh please bring it out in March, you must bring it out’ and then it’s like you get to June and it’s all ‘sales aren’t very good…’ Well, they haven’t got the software yet. That controller is absolutely brilliant and we have to think of innovative ways to use it. We’re doing high definition Sonics, we’re doing obviously Aliens: Colonial Marines, so you can bring them across, and that’s relatively low cost, which is good news. Then you spend your money on how do you use that controller effectively to make it unique and differentiate it.”

Hard to say whether he’s simply referring to a port of Sonic Generations, another HD Sonic game entirely, or maybe even Sonic the Hedgehog 4: Episode 2. It’s also unclear if he’s simply being theoretical or whether actual plans are in the works to bring any of these titles to Wii U. I wouldn’t get too excited yet simply due to the vague nature of the statement, but coming from Mike Hayes, I’d say it’s from a rather credible source.