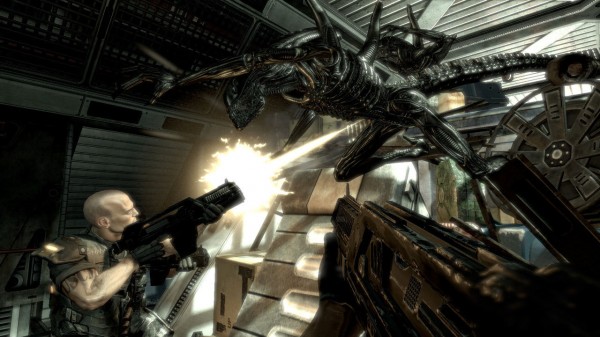 Randy Pitchford has been talking to PC Gamer about Aliens: Colonial Marines this month. He talks about what the team is trying to accomplish with the upcoming title. Two things he says the team is tring to create are sections called “Last Stands” and “Gauntlets”. Names they are using to describe intense parts of the game.

“We’ve come up with language to define some of the tools we use for pacing. Gauntlet Run: this is about getting from point A to point B and everthing’s going to be thrown in your way around you.”

“Last Stand: this is when you’re in a defined area and we’re going to be pouring in aliens from all directions. That’s a pacing moment that can feel sometimes like Left 4 Dead or some of those great moments fromHalf-Life 2 where you’re setting a turret here and setting a turret there. These are really interesting wheen you add co-op into the mix.” – Randy Pitchford

Sounds like it’s going to be a changing experience. The thing I kind of disliked about Left 4 Dead was that it was a one trick pony. It seemed like one mode that was remixed a ton of times. This seems like it’s going to have a bit of everything. Hopefully it’s done right.