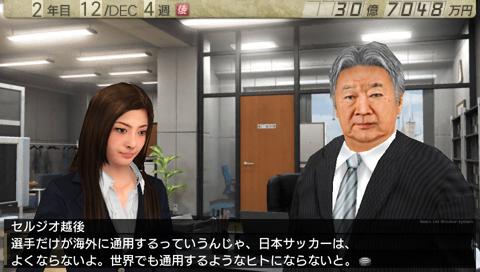 The latest J-League Pro Soccer Club! title beats the previous title in the series by around 11,000 units, a sizeable increase and perhaps a good indication that there will be an increase from the usual 140,000 that the series has seen in lifetime sales. Not only does it break the 100,000 mark but it is yet another number one the series has grabbed in its history.

And at the other end of the charts, the latest title in the long running Puyo series continues to sell a solid amount. Although it never is a good indication to try and predict the lifetime sales of a Puyo game on any given week. Indeed the series has shown for sometime that it can continually sell a modest number for a long duration that sells to a sizeable amount (And often in the excess of 200,000+) so expect good sales from this title too.

And that is it for another SEGA in the Charts post, as far as I know the next big hit from SEGA should be coming in the form of the new Hatsune Miku title but that is still sometime away but you can expect us to cover it when it releases, till next time.