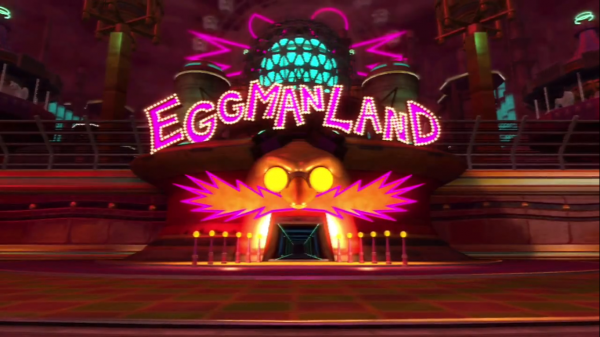 SEGA of America Partners with KaBOOM! and Youth UpRising to Build Custom Sonic the Hedgehog Playground for the Children of East Oakland

In celebration of Sonic the Hedgehog’s 20th Anniversary, SEGA® of America, Inc. has partnered with KaBOOM! and Youth UpRising to bring the spirit of Sonic the Hedgehog and the joy of play to the community of East Oakland by designing and building a custom playground inspired by the iconic blue hedgehog.

On October 28th, volunteers from SEGA of America and members of the local community will construct the new playground in just one day. The playground will be designed by the very kids who will be enjoying it, making this new play space very special for the entire community. The space will provide more than 400 children in the East Oakland community with a safe place to play, creating an inspirational and fun location for all to enjoy for years to come.

“SEGA is very excited to partner with KaBOOM! to bring an amazing and unique new play-space to the kids of Youth UpRising and East Oakland,” says Marcella Churchill, Director of Marketing at SEGA of America. “There could not be a better way to celebrate Sonic the Hedgehog’s 20th Anniversary than to continue his message of energy, fun and play among the community with this playground and partnership.”

“We’re excited to be working in conjunction with SEGA and Youth UpRising to provide children in Oakland with a new playground,” said Darell Hammond, KaBOOM! Founder and CEO. “Every child deserves to have a great place to play and with the new playground in Oakland KaBOOM! will move one step closer to our vision of a great place to play within walking distance of every child in America.”

To cap off Sonic’s 20th Anniversary, SEGA’s highly anticipated new title, Sonic Generations™, will be released this Winter. The game features Sonic the Hedgehog, as both the much loved classic 1991 character and the modern-day video game hero he has become. In this exciting fast-paced adventure set across three defining eras of Sonic the Hedgehog, Sonic speeds through all new stages inspired by the most iconic environments from his 20 year history; playing as Classic Sonic and Modern Sonic in all new, re-imagined stunning levels. Sonic Generations will be available on November 1, 2011 for the PlayStation®3 computer entertainment system and the Xbox 360® video game and entertainment system from Microsoft, and this winter for the Nintendo 3DS™.

About SEGA® of America, Inc.: SEGA® of America, Inc. is the American arm of Tokyo, Japan-based SEGA® Corporation, a worldwide leader in interactive entertainment both inside and outside the home. The company develops, publishes and distributes interactive entertainment software products for a variety of hardware platforms including PC, wireless devices, and those manufactured by Nintendo, Microsoft and Sony Computer Entertainment. SEGA of America’s Web site is located at www.sega.com

About KaBOOM!: KaBOOM! is the national non-profit dedicated to saving play. Children today spend less time playing outdoors than any previous generation, a fact that is having disastrous consequences on their health, achievement levels, and overall well-being. To fight this Play Deficit, social entrepreneur Darell Hammond founded non-profit KaBOOM! in 1996 in Washington, D.C. with a vision of creating a great place to play within walking distance of every child in America. Since then, KaBOOM! has mapped over 85,000 places to play, built more than 2,000 playgrounds, and successfully advocated for play policies in hundreds of cities across the country. KaBOOM! also provides communities with online tools to self-organize and take action to support play on both a local and national level.