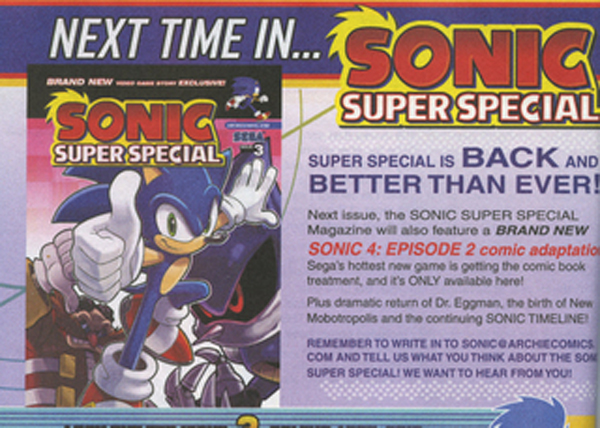 Those who bought the second issue of Archie Comic’s Sonic Super Special magazine (available now at most newsstands, bookstores and comic shops) have spotted a preview for the third issue which promises an exclusive Sonic 4 Episode 2 adaptation. The preview refers to Episode 2 as “SEGA’s hottest new game” and features Sonic, Eggman and Metal on the cover. Given that Archie’s Sonic Generations adaptation released the same week as the game itself, and the fact that the Sonic Super Special magazine is quarterly, AND the fact that one quater of the year from January is April/May, one could guess that the third issue containing the adaptation will release in April/May and that the game will also release at this time. This is, of course, speculation.