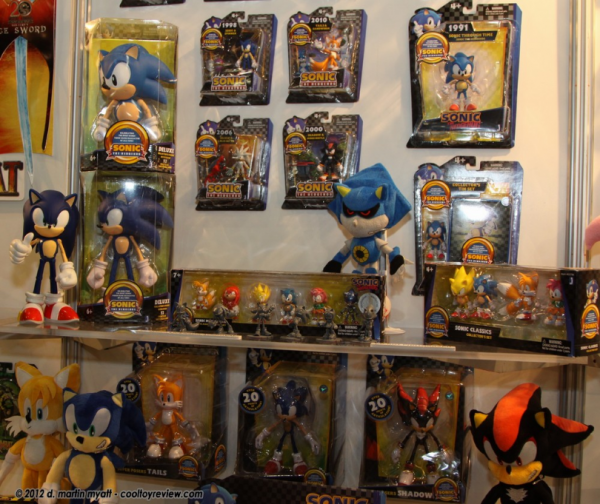 Another year, another Toy Fair. That means more Sonic toys from Jazwares! Unlike last year, which revealed a LOAD of 20th anniversary figures, this year is rather light despite the many figures and plush dolls crowding the booth. The first thing you’ll notice is that they’ll be removing the 20th anniversary logo and will be replacing it with a standard gold ring and Sonic logo. There are a few repackagings of existing items, such as the classic 3″ figures in a four pack. The new additions to the line, seen for the first time in these photos include: