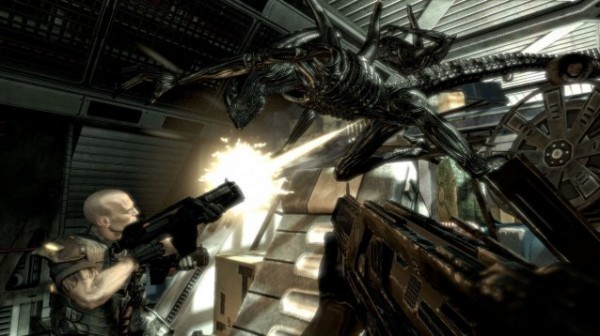 Craig Harris. If you hear the name you probably recall him from his work at IGN, well he is now working over at SEGA on Aliens: Colonial Marines. He just happened to be on the podcast The Mush Room Podcast (aka not the best podcast ever aka The Swingin’ Report Show) and had a lot to say about the Wii U. One thing he did confirm is that the game wouldn’t be coming out on Wii U if the Wii U was inferior to current gen systems.

“Nintendo… has to release hardware that’s of the expectations of the gamer today … I don’t think we would be bringing the game to a system that would be inferior to current gen. (HD) systems.” – Craig Harris

I guess there is quite a bit of rumors about the power of the Wii U. I’m on the side of those that think it will most likely be better hardware than current generation systems. The issue though, its not going to compete against the Xbox 360 or Playstation 3. It’s going to compete against the “Xbox 720” and the “Playstation 4”. I don’t think it will have the power to match those, but we will see.

3 responses to “SEGA says it wouldn’t bring Aliens: Colonial Marines to Wii U if it was inferior graphically to current systems”