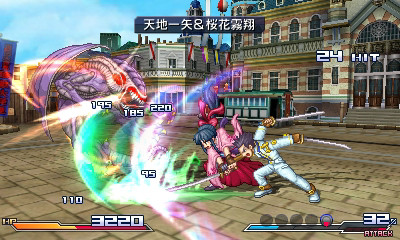 Now another number has been confirmed, over 45 songs will make it into the game. Each character will have a song from their game during battle. If you pair two characters together you will get songs from either character in your team at random.  Also the field map and event music is being pulled from source materiel. Only because this is a crossover title, doesn’t mean there won’t be original music. The developers already stated they are working on some for the game’s scenario sequences. The title song for the game will also be original and is called “Mysterious Project”.

The developers already teased that the next update will be details on the gameplay systems.

One response to “Project X Zone to have 90 voice actors, over 45 songs”