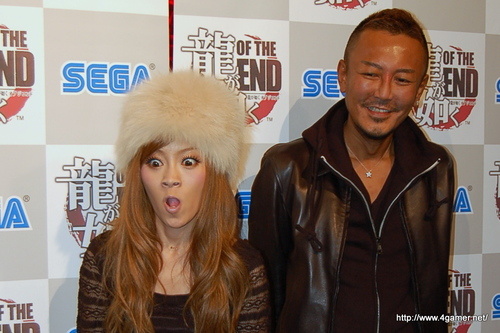 Toshihiro Nagoshi or better known as the man with an awesome tan, who has helped create games like Super Monkey Ball and Yakuza, was part of a recent article by Famitsu called “Future of Games”. Nagoshi says that the Japanese console game market has had bad growth and that the international market has been showing signs of a drop. He says that developers will have to combat this by being more aware of problems with their games and come up with solutions.

Nagoshi stated that he finds the free-to-play structure attractive and would like for his Yakuza Studio to make an online game sometime in the future. If it were to happen it wouldn’t be something like “Yakuza Online”. The last bit was that someone told him that unlike professional athletes, game creators can make games forever. He says that it’s a lie, and adds that companies should consider the responsibility to care for their creators’ well being.

To hear from other Japanese developers such as Suda 51, Hideaki Itsuno, and Naoki Yoshida click here.