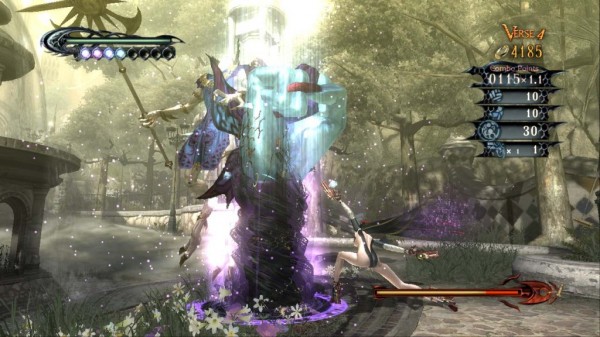 It’s no secret that there’s a been a strong demand amongst the SEGA fanbase for a sequel to Bayonetta, the popular beat-em-up from Devil May Cry creator Hideki Kamiya. With years having passed since Bayonetta graced consoles and with Platinum Games and SEGA seeming to have parted ways, a sequel (at least, from Kamiya and his team) has seemed less and less likely as time has gone on.

That said, the subject did come up in a recent Famitsu interview, though Kamiya’s answer may not be the one fans were hoping to hear. When asked whether he’d rather develop a sequel to Bayonetta or Viewtiful Joe if given the chance, it turns out he favors the latter.

As a person who really enjoyed Viewtiful Joe and found Bayonetta to be rather annoying, this is actually positive news for me, though I’d imagine many SEGA fans won’t see it that way. Fans shouldn’t give up hope entirely, however, as Kamiya goes on to mention that he and one of Bayonetta’s producers have occasionally discussed the idea of doing a sequel or spinoff; usually, he says, while drinking beer.

Take from that what you will.

Sonic celebrates his 22nd birthday at Tokyo Joypolis in Japan