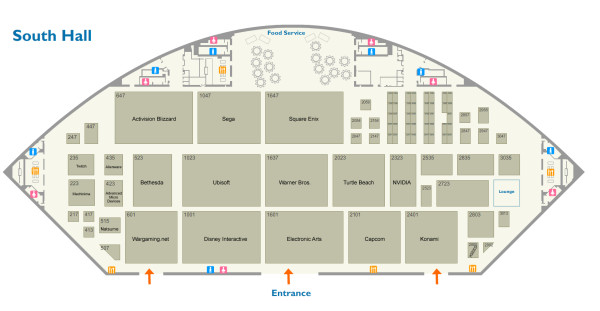 Above is the map of the South Hall from this year’s E3. Check out all the publishers. SEGA is sitting pretty up there with Activision Blizzard and Square-Enix. As you can see their booth is going to be pretty big, bigger than Capcom and Konami’s (who even have a new Metal Gear to show).

The odd thing is that SEGA hasn’t really been teasing too many games. I guess they do have heavy hitters coming like Company of Heroes 2, Total War: Rome 2 and of course Sonic Lost World. Who knows, we might even get new surprises on the Xbox One and Playstation 4! You can discuss SEGA’s booth with fans via our forum.