The Dreamcast was a system made by a desperate company, a company who saw it as their final chance to succeed in the console business. It’s often true that the best works of art are created under stress and desperation, and that had to have been the reason for so many artistic games like Jet Set Radio; games which didn’t have a ton of mainstream commercial potential but were treated as such. Yu Suzuki was given the money and the control not only to finish his masterpiece, Shenmue, and have it released, but to then develop a second one and have it see release as well. Though it didn’t feature voice acting like many RPGs of that era going forward would, Skies of Arcadia took the PS One-style Japanese RPG template and developed it with fully real time graphics, in-game cutscenes, and true cinematic flair. Gamers finally had the chance to finish the games that had mercilessly robbed them of their quarters with perfect arcade ports, including of course Soul Calibur. But then originals like the Power Stone series, which took their inspiration from arcade game design but were built exclusively for the console, brought with them the best of both worlds. 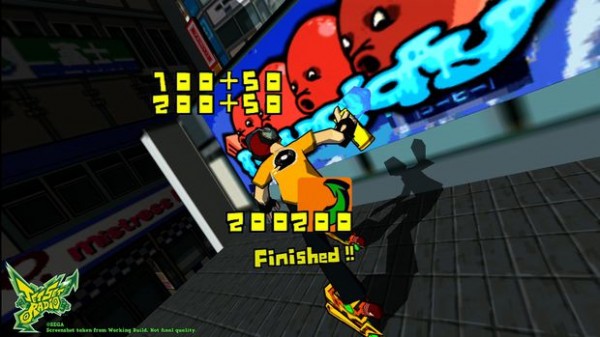 And to me at least, the idea that the Dreamcast was “the best of both worlds” was what made it such a memorrable console, one that still gives me such a nostalgic buzz when I flip on its power switch and hear the beep of the VMU, or when I happen upon screenshots of the early sixth generation graphics that still somehow have a spark. A system designed and released in the late 90s, the Dreamcast’s library had all the great traits of video games from that era, an era still driven by arcade-style gameplay and split screen multiplayer. An era when alternative sports games like Tony Hawk’s Pro Skater 2 topped the charts, and where everything felt like a constant New Year’s celebration as we approached the Year 2000. With that, however, the Dreamcast also looked to the future, and though it’s not a future that it would end up reaching, its influences are still seen in the games we play today, from its online play to even the idea of two-screen gaming. From its cinematic epics like Shenmue and Skies of Arcadia to games like Jet Set Radio and Power Stone, which proved that arcade-style gaming didn’t have to die off, that it could still be adapted for a home console environment.

As a kid nearing my Middle School years during the time of the Dreamcast’s release, it was very much a console that came out at exactly the right time in my life for me to have been truly wowed by almost everything that I played on it. Still, it’s undoubtable that the Dreamcast has left its mark on fans of many different ages, and while the system was ultimately a financial failure and would turn out to be the last straw for SEGA’s stay in the hardware business, the legacy it left behind is just as strong as those of the industry’s most successful consoles, if not stronger. And what better way for a company like SEGA to have gone out than that?

One response to “Editorial: Fourteen years later, SEGA’s final hurrah is still one to remember”