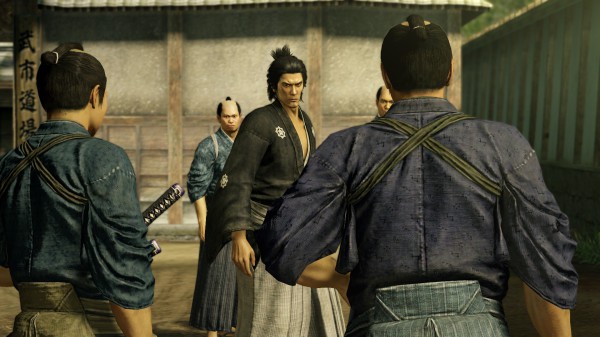 Entering its third week in the charts, Ryu Ga Gotoku: Ishin was on the verge of breaking the 300,000 barrier and already overtaken Kenzan! As the second most successful spinoff in the series, the latest title set its sights on overcoming Yakuza: Of the End’s total sales. Hit the break to find out how the title performed this week and historical sales of the previous titles in the series.

Kazuma Kiryu’s latest period adventure on the other hand, Ryu Ga Gotoku: Ishin, continues to post respectable numbers for the Playstation 3 version whilst the Playstation 4 continues to share a 26% attach rate with the console. Last week the title had come close to 300,000 sales with combined sales of 297,311 and this week it manages to add another healthy 29,073 units, bringing the total to 326,384. I had predicted the title may have pushed figures close to 400,000 but it now seems likely it will miss that number being 73,616 away from meeting the figure and the slow down on sales. Comparing the third weeks of previous Ryu Ga Gotoku titles however, Ishin continues to be one of the better performers;

Finding itself now sandwiched between Yakuza 3 and Yakuza 4, this spinoff has longer legs than the last two spinoffs in the series but it seems the Playstation 3 version (212,113) will not be overtaking Yakuza: Kenzan! total sales (270,438) at the rate it is selling. The real interesting point is seeing how the Playstation 4 version will continue to sell as it seems the console itself is struggling to maintain sales having dipped to sales of 35,294. It seem that the slow down in sales is having a knock on effect on the sales of the Playstation 4 version. If it is a demand issue than Ryu Ga Gotoku: Ishin may not sell much more on the Playstation 4. But if it’s a supply issue than the PS4 version should eventually manage the 150,000 target SEGA had set it as the game holds a strong 26% attach ratio. That covers another SEGA in the Charts, till next time folks.