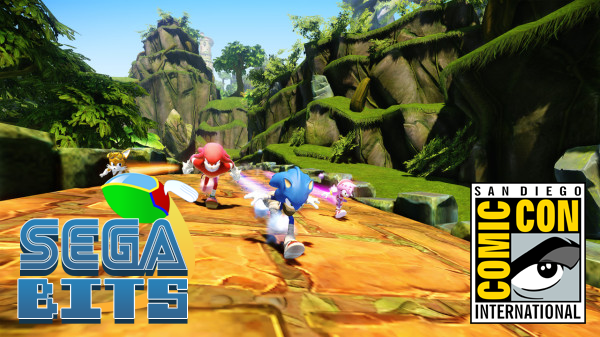 The build featured at Nerd HQ offered three different stages to choose from. You could do battle with Eggman atop a tower, you could explore an underground facility with Sonic and Amy, and you could run through a short (and I mean short) speed section somewhat reminiscent of the Sonic levels from the Sonic Adventure series.

Based on what I played, Rise of Lyric is an incredibly slow game, and that’s something that could take me much longer than just a demo to adjust to.

Though I hadn’t gotten to play the game’s demo at E3, large sections of what I’ve seen of it were missing from what was previewed here. But based on what I played, Rise of Lyric is an incredibly slow game, and that’s something that could take me much longer than just a demo to adjust to. The Sonic and Amy level had a fun moment early on as a robot chased the two through a tunnel, but much of the rest of it consisted of a series of rooms with enemies to take out and puzzles to solve which mainly involved the flipping of switches; not exactly what I’d call inspired game design. 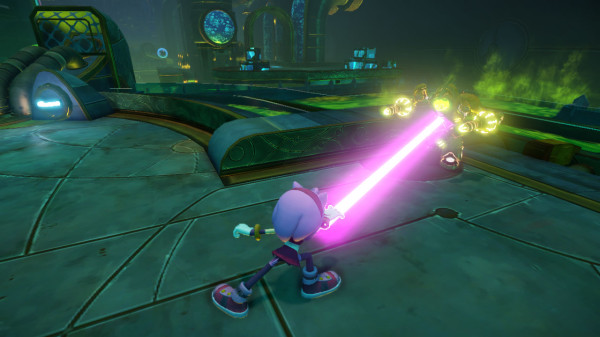 There are bits here and there that show some potential. Amy’s triple jump is a nice ability for her, and the possibilities offered by the character switching mechanic and team-driven gameplay leave room for far more clever level design and objectives that will hopefully be present in the final product.

The combat system, on the other hand, is a fairly standard button mashing affair that I grew tired of almost immediately. Unlike in Sonic’s last attempt at a brawler (Sonic Unleashed) where the Werehog could essentially run train on the enemies and decimate many in its path with a single punch, here you’re dealing with fewer enemies and higher health, and the result is unquestionably less satisfying.

There are bits here and there that show some potential.

There’s a solid charge move that could have offered a break from the monotony of hammering the attack button, but the requirement that you stop dead in your tracks to use it not only kills the momentum and feels out of place in a Sonic game, but it leaves you completely vulnerable to attack. It’s a shame, because the ability to charge it while moving could have added so much to the combat, but sadly that doesn’t seem to be the case. 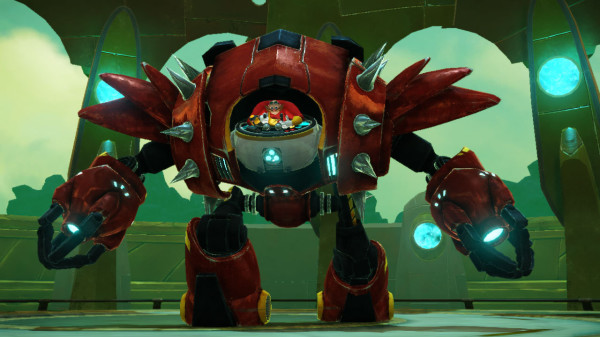 In fact the developers’ tendencies to try to slow Sonic down are apparent all throughout.
Much of the speed level in this demo consisted of a linear, mostly automated trajectory, with the primary challenge being to avoid rocks dumped directly in your path. Sonic does run here, but he never seems to truly pick up speed, while his level with Amy lacked almost any sense of a fast pace to speak of.

I feel I should note that Sonic Boom: Rise of Lyric has from the start been positioned as a slower game more focused on combat and exploration, though the levels shown here certainly offered plenty of the former and almost none of the latter.

The possibilities offered by the character switching mechanic and team-driven gameplay leave room for far more clever level design and objectives that will hopefully be present in the final product.

I have no doubt that there’s much more to this game than we’ve been allowed to see and play, and I hope that what it has to offer in the full title is far more compelling than this.

I’ve seen argued that this is intended as a kids’ game, which is fine, but the kids playing this demo seemed totally lost. Watching them have to have their hands held constantly by the SEGA rep through the Sonic and Amy level and its often vague objectives didn’t inspire much confidence that Sonic Boom will necessarily be a great fit for them, either. 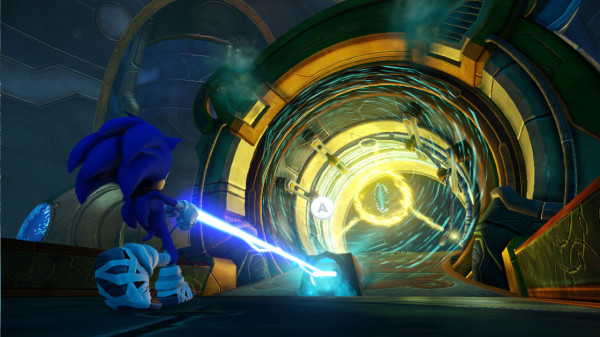 Graphically it looks okay, with some good lighting effects, enemy details, and an at times inviting look. The biggest challenge here is the art direction, and though I can’t remember ever saying something like this before, Rise of Lyric features an unusually high use of the color green, which gets old pretty fast. The Eggman fight had the potential to look nice, but instead you’re surrounded mostly by the walls of the platform, with only a hint of the sky (tinted green) and the outline of a mountain barely visible off in the distance.

The game doesn’t look bad, it could just look so much better.

The game doesn’t look bad, it could just look so much better. The framerate stutters throughout, and the system had to be rebooted when my characters fell through the floor at the end of the speed level, but I’m willing to give these the benefit of the doubt of a work in progress. As demoed here however, it’s clear that going from the smooth Sonic Lost World to the choppy Rise of Lyric is a step down that many will likely notice. 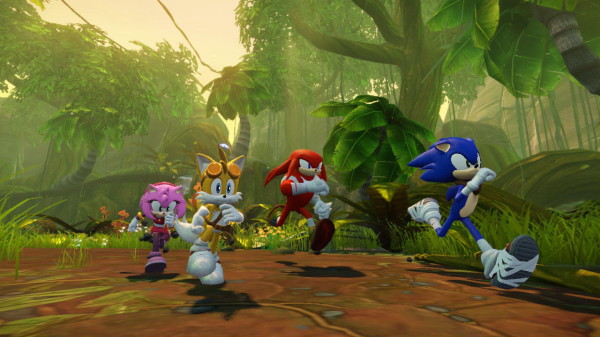 Sonic Boom isn’t a game that necessarily has to be bad. The large amount of character interaction, the team dynamic, and the promise of some epic boss fights could lead to fun possibilities in the final product.

It’s also obvious that much of Rise of Lyric remains shrouded in mystery, so while it wouldn’t be fair to write it off entirely based on this demo, it was a demo that left me incredibly underwhelmed. I think there’s room for all types of Sonic games, including slower Sonic games, but playing a game should never feel like a chore, or like a grind.

Here’s hoping Sonic Boom: Rise of Lyric can surprise me and deliver a much more fun and fulfilling experience in its final form.