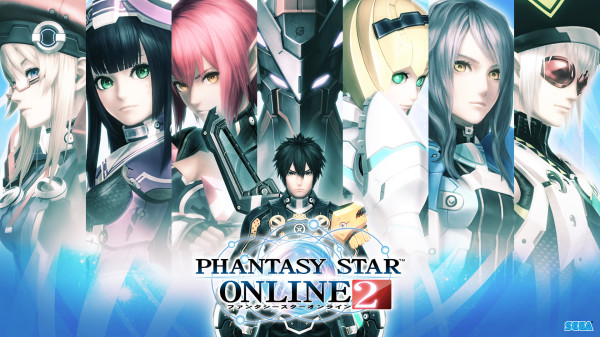 Phantasy Star Online 2 has been out for a few years and SEGA is now promoting their next major update titled ‘Episode 3‘ and will launch it this August. The Japanese site 4Gamer recently attended the announcement event and gave us a sneak peek at what to expect in the new update.

One of the coolest changes in the upcoming Episode 3 update is the lobbies will now have different themes. We saw this happen with the  Attack on Titan and Sonic the Hedgehog collaborations. 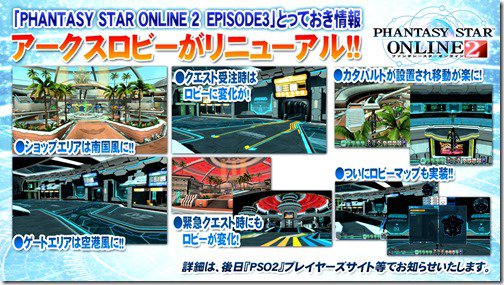 The picture above shows some of the themes for the Ark Lobby that users can mess with in the upcoming update. 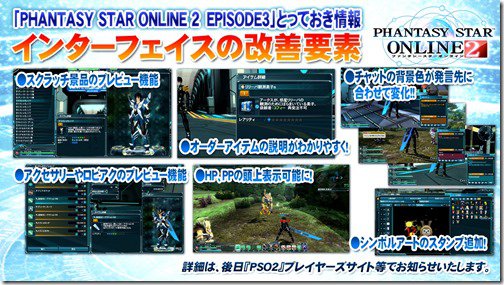 Above also shows off the new updated interface that got a make over allowing accessory previews and the option to display HP/PP over the character’s head. 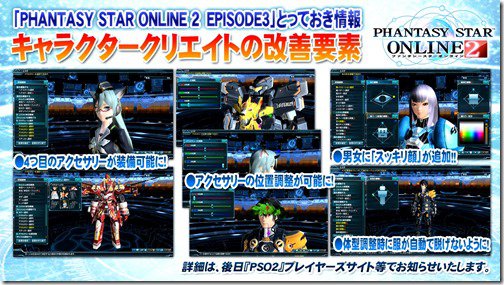 The create a character got an upgrade allowing greater details and up to four accessories allowed per character. 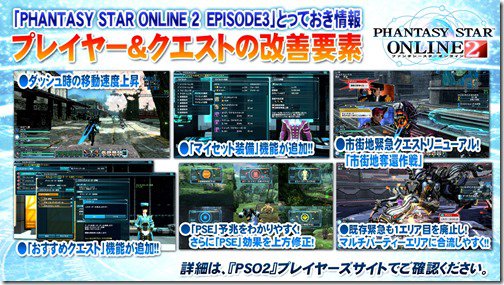 Episode 3 will obviously add more balancing to the game, including adjustments to dashing and quests.

Below we have photos of the upcoming collaboration between Phantasy Star Online 2 and The Irregular at Magic High School. 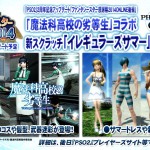 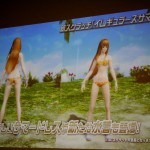 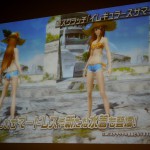 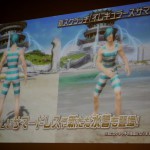 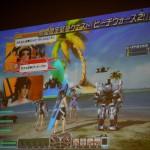 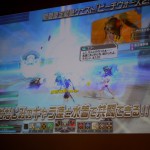 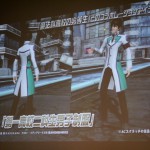 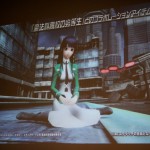 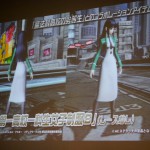 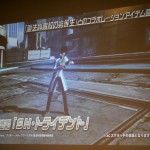