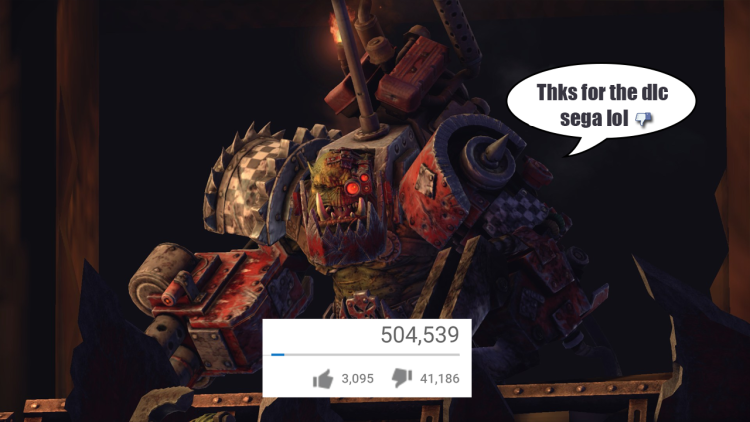 The whole downloadable content thing is a touchy subject, in practice it should be good. Think about it, you get more content for a game you already love but most fans have been finding stuff like ‘pre-order DLC’ to be more of a rip off due to forcing users to investing in a game that hasn’t been reviewed or that we don’t know the quality of the title.

SEGA’s Creative Assembly announced that the Chaos race, a important fraction in the Warhammer universe, would only be unlocked if users pre-ordered their Total War: Warhammer video game. This obviously pissed off fans, since most Total War fans trusted Creative Assembly back in 2013 when Total War: Rome 2 (which had similar pre-order deals) smashed pre-order records; sadly the game had a bad launch. Creative Assembly did the same with Total War: Attila and Alien: Isolation, offering big pre-order exclusives that many fans felt should have just been part of the base package.

In a interview with Eurogamer, Game Designer for Total War: Warhammer Rich Aldridge tries to explain why they decided to put Chaos as a pre-order race. According to them if they didn’t get it out as pre-order content, they would have to charge later on as DLC. As much as I dislike pre-order DLC, it isn’t as bad now considering that Steam offers refunds on pre-orders if you dislike the game. What really ticks me off is all the DLC they are planning after the release. Is it too hard to buy a complete game for $60 dollars and not get nickel and dimed at every turn?