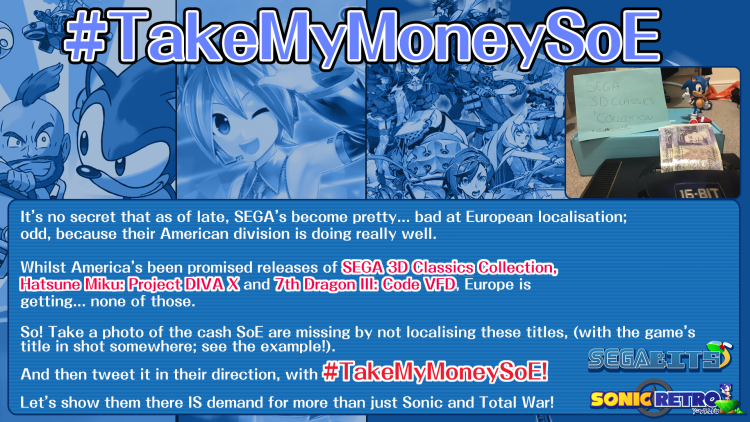 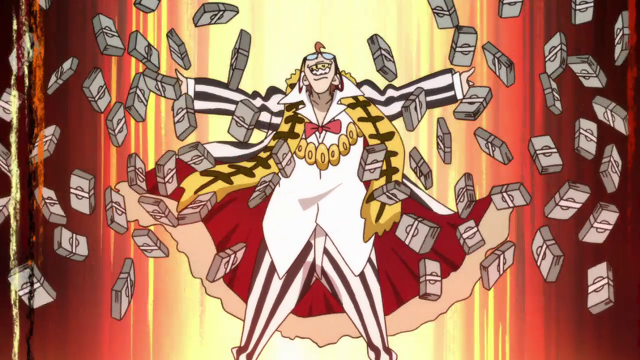 1) Get some bank notes, how much a game’d cost in your local currency. This is an SoE focused effort so we’re looking at pounds, Euros, Australian or New Zealand dollars (though if any Yanks want to join in, I don’t see the harm in a few dollarbux posts either!)

2) Write the name of a game SoE has yet to make any sort of plans for in Europe, but that already came out (or is about to in the very near future) in the US, on a sheet of A4 paper in nice readable letters.

I think we’ll be most effective if we do one game at a time. How about we start with a nice simple and obvious one? SEGA 3D Classics Collection. Here’s a tweet I made earlier: 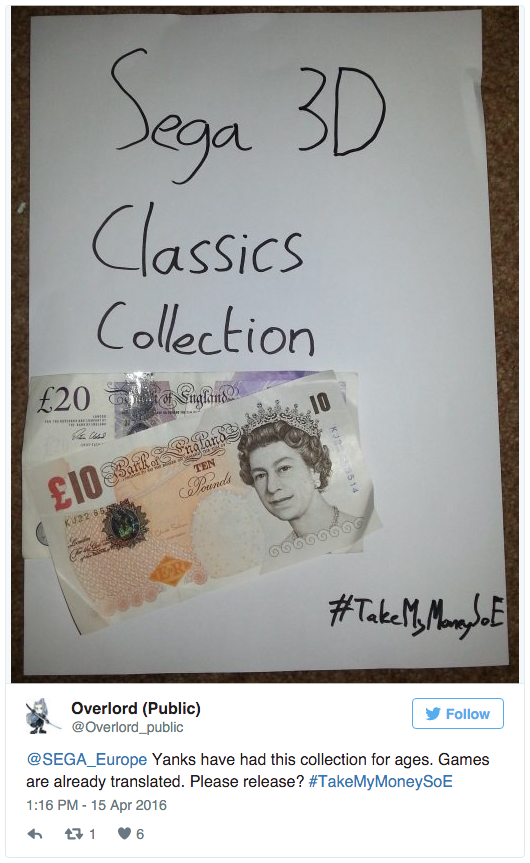 This game would cost £30, €40, or $60AUD? If you use another currency like Swedish krona or Swiss francs or whatever, please feel free to work out your equivalent amount and hop on-board the money train. Do whatever you want with the notes once you’ve taken the picture, you don’t need to specifically ear-mark it for the relevant game right now – but if it DOES result in them releasing the relevant game, then you’d better be planning on buying it or this only ends up being a one-shot deal and we lose any future power we might have had.

The whole point of this idea is to make Sega Europe realise just how much cash they’re losing by constantly refusing to localise anything – and because a lot of the output is for the damn 3DS, we have no way of importing it (alright, yes, homebrew region-ignoring hax, but that carries its own risks). Maybe if they can physically SEE what they’re losing, they might bloody DO something about it.

Thanks to Tracker for the header image!